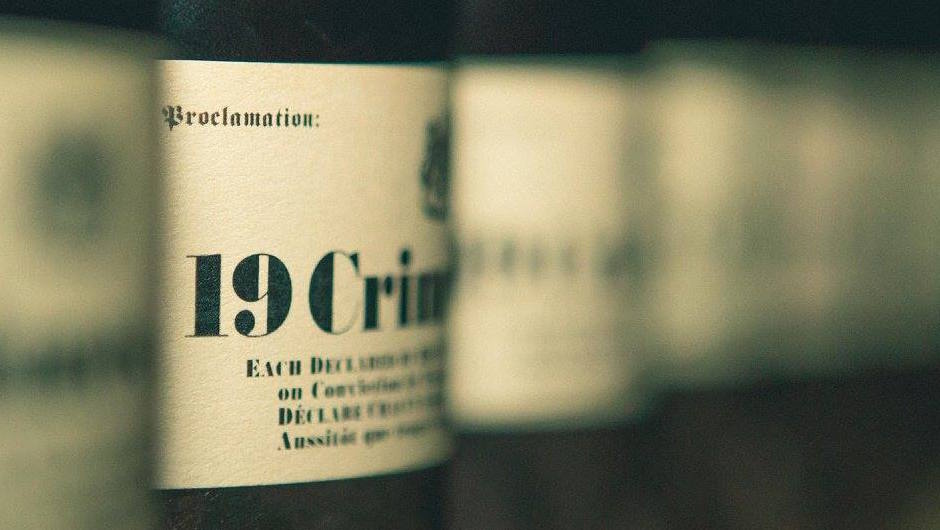 Everyone's favorite scene in the Harry Potter movies is when the portraits throughout Hogwarts come to life. Past house leaders, former Quidditch seekers, and headmasters young and old adorn the castle walls with life-like enthusiasm and palpable excitement. Unfortunately, everyone over the age of eleven knows the disappointment of not receiving your letter to Hogwarts, which means you'll never get the chance to see animated artwork in the real world. That is, until this augmented reality app was released.

The app, called 19 Crimes, paired with wines from Curtis Park Market, makes for a pretty amazing experience. Just point your smartphone at a bottle of 19 Crimes wine and watch the convicts depicted on the label come to life.

19 Crimes Wine, hear their stories, point your camera on them and the rest is history. Now available at CPM

This is objectively awesome. Not only does it turn Harry Potter lore into everyday reality, it also brings about one of the most intriguing historical stories to life right on your dining room table. And if you haven't heard the tale of the 19 Crimes in question, take a look at how the website describes this tumultuous time in history.

“Nineteen crimes turned criminals into colonists,” reads their website. “Upon conviction British rogues guilty of a least one of the 19 crimes were sentenced to live in Australia, rather than death. This punishment by “transportation” began in 1783 and many of the lawless died at sea. For the rough-hewn prisoners who made it to shore, a new world awaited.”

While this kind of technology is great for entertaining at parties and learning a bit about the history of the world, it's far from the practical application of augmented reality necessary to thrust it into the mainstream. Much like virtual reality, AR has had trouble getting a solid footing in the tech world.

While Pokémon Go remains the gold standard for augmented reality's foray into the real world, the technology is still far off from making the global impact it has the capability of achieving. I've got to be honest though, the Harry Potter fan in me is pretty excited that this is what we're using it for right now.

Read more about innovative startups and apps at TechCo