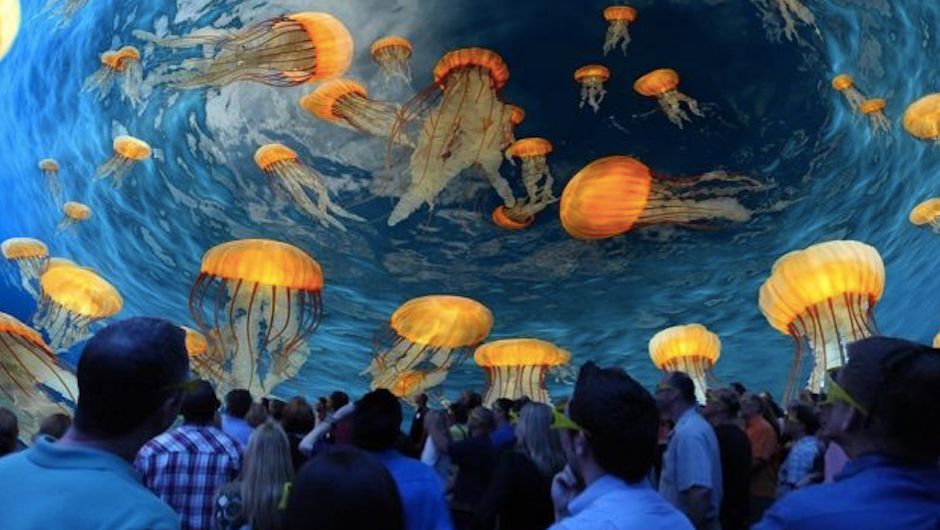 After the meteoric rise of Pokémon Go, augmented reality became a staple of the mainstream tech discussion. Every entrepreneur, tech enthusiast, and innovative mind in the world was thinking about how to utilize this revolutionary technology in a way that would entertain, educate, and elate users. And if you don't think museum exhibits aren't the best use of augmented reality, I have to ask: who hurt you?

I had a chance to talk to with Saham Ali, director of technology at Falcon's Creative Group, about how augmented reality is improving the museum experience, what kind of features you're likely to see, and what the future holds for augmented reality and education.

Yes, Pokémon Go got everyone walking around, and Google Translate makes deciphering a foreign language as easy as taking out your smartphone. But from an educational stand point, augmented reality could make learning a whole lot more fun.

“Augmented reality presents many educational opportunities in the museum space. Where traditional museum spaces can lack interactivity, AR can draw in, and produce a much more dynamic response from visitors. There are several implementations, but most often, allowing us to layer additional content to existing spaces. This could be as simple as additional graphics and 3D models, but we can have the users interact with scenarios that allow for the experience to be more engaging and even have present action items such as Interactive games, and trivia regarding the exhibit.”

The Cost of Admission

There's no denying that augmented reality is cool. Unfortunately, museums aren't exactly flushed with cash. So if you want to see this technology at a museum near you, more affordable setups are going to need to be available.

“In the future, to allow for a higher level of adoption in museums, cost will need to be reduced, and runtime will need to be extended. Also having the idea of having AR content available to visitors from a facilities stand point can allow for levels of immersion that cannot be achieved due to the facilities structural designs that may obstruct. Think of a white space canvas.”

One example of the kind of technology available for museums now, however, is the Heroes and Legends exhibit at the Kennedy Space Center in Florida, which brings famous astronauts to life through augmented reality.

“Heroes and Legends is composed of various experience within one… The design of the theater is essentially virtual reality, without the headsets, where objects float out as if in the audience space. The theater also features added wind effects and lighting to enhance the experience. The film takes guests into the minds of four space heroes during some of their most memorable heroic moments including Neil Armstrong, John Glenn, Alan Shepard and Jim Lovell.” 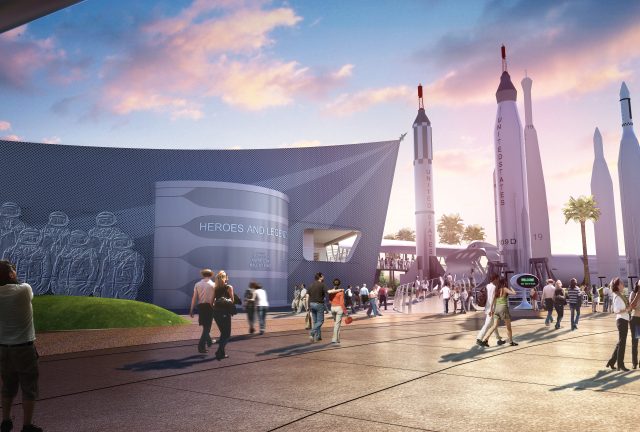 “Augmented reality and mixed reality is the ultimate goal in VR technologies, as screen pixel densities increase, and processing power increase, we will soon be able to witness the AR/MR with such realism that one will not be able to distinguish between what is real and what is realtime CG.”

“We are very excited to see all the developments of components such as optics, batteries, GPU, tracking, and displays that are all working towards the holy grail of VR/AR. There are breakthroughs almost every week that lend their technologies to the global picture of a more sophisticated AR experience.”