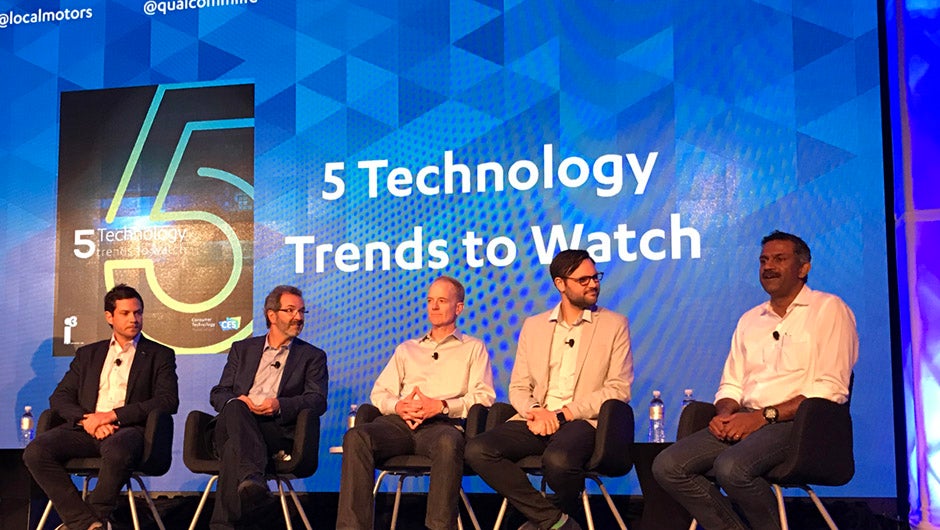 From the popularity of Pokemon Go‘s augmented reality gaming to Uber‘s testing of self-driving vehicles in Pittsburgh, 2016 has seen the rapid rise of technologies once only imaginable in some futurist's mind. At the very first Innovate! and Celebrate conference, CNET.com's editor-in-chief Lindsay Turrentine sat down with industry experts to discuss the five major technology trends that we need to pay attention to. One of the major takeaways: the effects of augmented reality go beyond our screens.

While, yes, Pokemon Go was simply a mobile game, the augmented technology built into the platform had a definite real-world effect on the humans playing it: bringing together strangers, connecting communities, and even improving the health of gamers. On today's panel, Pamplin reconfirmed augmented reality's purpose in our lives:

“The whole point of AR is: it's going to to enable us to break out of the confines of our screens.”

According to him, the much bigger goal of augmented reality is to provide us with a deeper human connection to each other and a deeper connection with the real world. The rise of augmented reality is accelerated, in part, due to our increasing demands of wanting to make the digital experiences more human. We want video chats to be more real; we want maps on our phone to be more interactive; we want the experiences on our devices to reflect real-life interactions in the real world.

For those on the panel, augmented reality seems to have a much more promising future than virtual reality. Looking at augmented reality trends now, we're seeing investment deals going into a expanse of industries from gaming to health.

And, when it comes to digital health, technologies other than augmented reality are being utilized. On stage, Dr. Mault held up a bluetooth-enabled home pregnancy test, as well as a connected inhaler. An increase in connectivity has led to the development of technologies aimed at streamlining the flow of data from patient to healthcare provider. According to him, tech devices being developed now are focused on collecting much more data than could previously be tracked — and it's greatly improving the quality of healthcare.

Other things discussed on the panel included the importance (nay, necessity) of disrupting manufacturing (and how Local Motors continues to innovate that process); what we can expect in the future of transportation; and where we're headed in the sports tech world. You can watch the full video of the panel below: