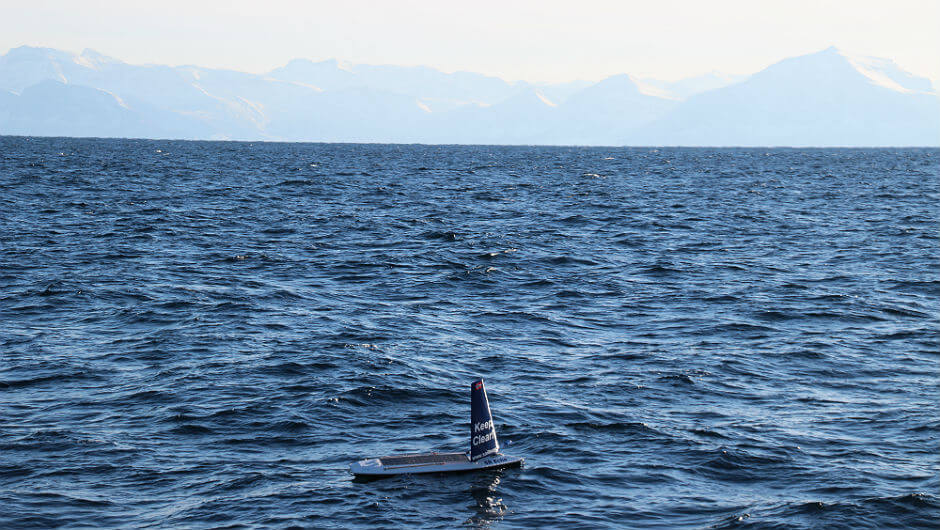 History was made last week as the first unmanned, autonomous boat crossed the Atlantic Ocean to reach the Irish coast. While all eyes are on AI-driven cars, this news shows how the oceans also have potential for autonomous sailing craft.

Arriving in Ireland after an epic 80-day journey from Newfoundland, the boat, known as Sailbuoy, bobbed its way into the record books travelling over 3,000 miles at an average speed of 0.8 knots (just under 0.9mph).

While not the speediest ship on the seas, Sailbuoy represents an exciting technological development, with huge potential for scientific and commercial applications.

As its trip across the Atlantic proved, small autonomous boats needn’t be stuck to the shallows, either. They can stand up to the biggest waves, and even the biggest ships, as you can see from the video below:

How Do Autonomous Boats Work?

As you probably guessed given the name, Sailbuoy relies on a decidedly old-school method of propulsion – wind power. That’s right, it features one (relatively) large, computer-controlled sail to harness the power of the wind.

The computer, and the actuators which change and adjust the the sail, are solar-powered helping to give the Sailbuoy its remarkable longevity at sea.

Of course, the boat still needs to be told where to go. However, Offshore Sensing, the company behind Sailbuoy, has tried to make the process as simple as possible.

Sailbuoy uses a browser-based system where users simply drop a pin onto a map and Sailbuoy’s GPS sensors steer the ship towards the goal.

Of course, when crossing oceans, the path rarely runs smooth. Sailbuoy has to use techniques more familiar to Captain Cook than Tim Cook, including tacking to sail around headwinds. This explains Sailbuoy’s slightly roundabout journey from the edge of Canada to Ireland. 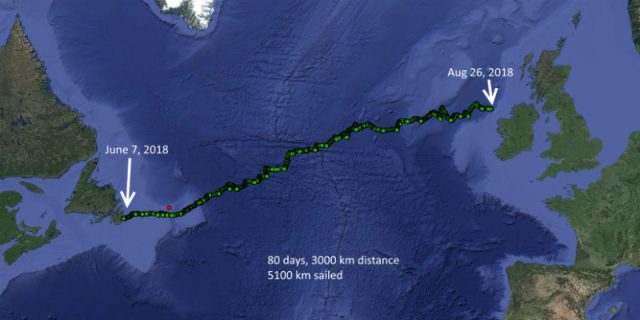 The small autonomous boat, measuring a little more than 6 feet long and weighing around 130lbs, is now heading off to its native Norway. You can follow its progress on Offshore Sensing's Facebook page.

What Could Sailbuoy Be Used For?

According to Offshore Sensing, Sailbuoy has a host of potential applications including from oceanography to transportation and subsea communications. Sailbuoy has, apart from its mammoth transatlantic voyage, been involved in mapping the health of the sea surrounding Norway. 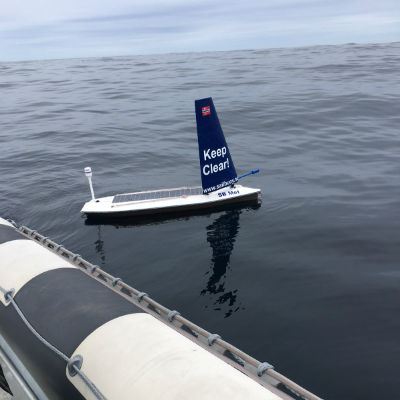 For David Pennie, CEO of Offshore Sensing, it seems that the sky’s the limit for autonomous boat technology: “We know very little about the oceans, and the animal life in it. A big step would be just increasing our knowledge of the oceans.”

And, despite Sailbuoy’s modest size, it manages to pack in a remarkable range of sensors. It can collect data about wave size, water quality, the weather and the physical features of the sea floor. In fact, there are no plans in “the foreseeable future” to make a bigger version of Sailbuoy, according to Peddie, such is its current versatility.

That being said, Sailbuoy attempted another transatlantic crossing last year, but was inadvertently caught by some fisherman and taken to the Azores – though there are definitely worse places to be marooned.

Autonomous boats, or “unmanned aquatic vehicles” to give them their full name, such as Sailbuoy show that there is heaps of potential for the drones to work for good, contrary to the popular perception of drones being a force for harm. And at Tech.Co, we hope this is only the start.