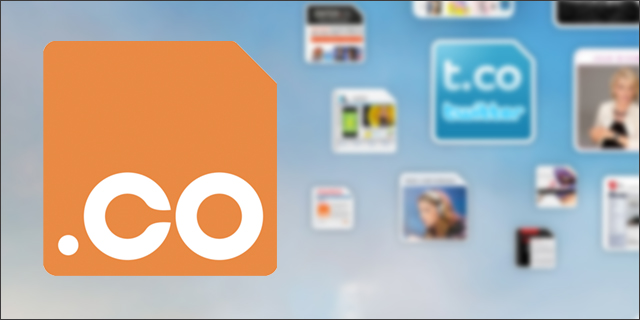 Three days before the third anniversary of .CO, a report shows that the .CO domain is holding its own in the competition with .COM.

The report, conducted by premium domain marketplace Sedo, looks at the sales of .CO domains since July 2010.

Over 1.5 million .CO domains have been registered in over 200 countries – with over 53 percent in the United States. $2.6 million worth of those sales took place on Sedo, making .CO Sedo’s 10th most traded top-level domain (TLD).

On Sedo, the average sale price of a .CO in 2013 is $2,486, which is higher than .COM, .NET, .ORG, and others. (These are premium domains, of course. Registering YourStartupName.co from a site like GoDaddy or Namecheap is much cheaper.)

The median .CO sale price on Sedo in 2013 is $570, higher than all TLDs except .COM ($650). According to Sedo, median price may be more reflective of the domain’s actual value, because it excludes outliers like very high and very low prices.

Speaking of very high prices, here are the top 10 most expensive .CO sales on Sedo: 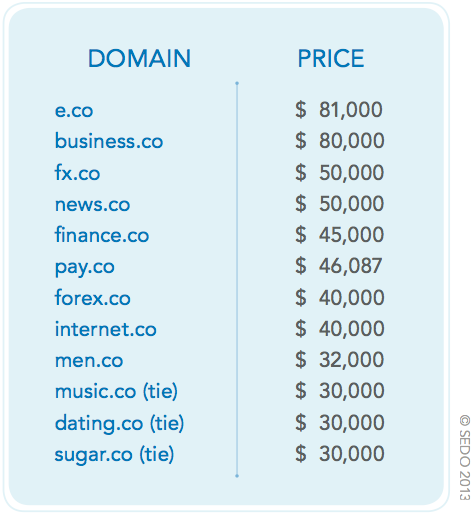 .CO has achieved this steady growth thanks to its novel approach. While many domain providers might seem faceless and generic, .CO has cultivated a brand as the domain for entrepreneurs and innovators. (A few funny Super Bowl commercials didn’t hurt, either.) They also focus lots of effort on community: in 2012, .CO launched i.go.co to give .CO businesses access to promotion, networking, and education.

ICANN is in the process of approving new TLDs, many of which will go online in 2013. The organization received nearly 2,000 applications for TLDs, ranging from .beer to .wtf to .yahoo. .CO hopes to be a case study for these new entrants.

Tech Cocktail is proud to call .CO a partner and sport the tech.co domain.