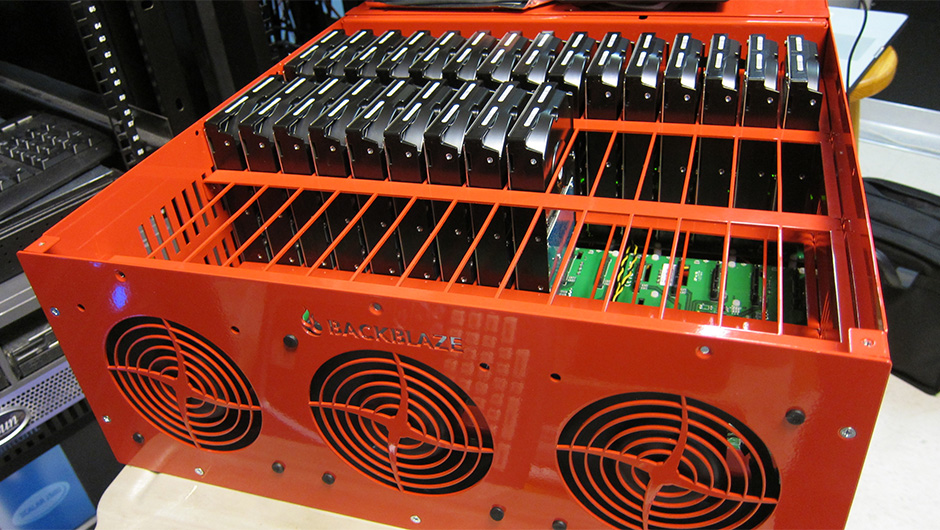 After recently announcing that the process of data recovery could be made easier, through disk loans to customers, cloud and storage company Backblaze has announced an important upgrade to their B2 Cloud Storage service, launched last September.

The B2 cloud storage is an IaaS (Infrastructure-as-a-Service) service, so it's a bit different from file storage services like Dropbox, iCloud, or Google Drive; it's really more similar to Amazon S3. This “Big File Beta” upgrade is set to bring this service some new and important features.

From now on, users with unlimited plans can upload files with up to 10 TB each, which is 20,000 percent more than the previous limit of 5GB per file. Users can now also select any number of files stored in B2 to combine into a “Snapshot”, which can have a size up to 10 TB. They are useful to capture a moment in time for files, keeping multiple archives of data, and more.

But this upgrade brings some other enhancements, as well. Among other features, the “S3-to-B2 Migrator” allows users to automatically duplicate files from Amazon S3 into Backblaze B2, and a new set of APIs for developers provides the ability to handle large files by breaking them in multiple pieces and upload them in parallel.

Further novelties in the B2 Cloud Storage service include the integration of several apps and services, such as Cyberduck (popular file browser for Mac and Windows), odrive (service that links cloud storage together), B2 FUSE (B2 file storage and interaction as if files were locally stored), Wallpapes (iOS and Android app for wallpapers) and IceCream (iOS app for photo storage).

This upgrade makes the B2 an even better cloud storage and backup service, which has already been widely praised on the Web. In a market set to grow to $25 billion by 2018, according to IDC, Backblaze's service is a strong competitor, fighting rivals like Amazon S3, Microsoft Azure or Google Cloud Storage.