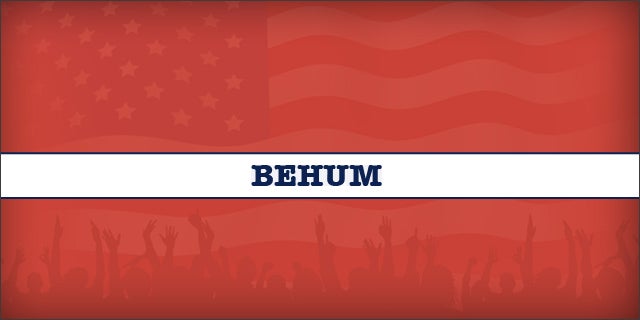 Did you hear what Obama said about Klingon immigration? He's actually considering amnesty – darn them to Gre'Thor! Oh, wait, you didn't hear about it? Have you not logged into BEHUM this week?

BEHUM helps keep you in the loop by providing you with unbiased, media-unaltered, recent statements made by politicians and advocacy groups. Real talk: we're never fully cognizant of everything that goes on in American politics. What is a “SCOTUS?” And, who is this Mitch McCornell I keep hearing about? And why is there a parrot on the dollar?

Life is complicated, and whether or not it's actually true, some of us are too busy to pay attention to, or get involved in, politics. What does BEHUM founder, Neal Bram, have to say about that? “In 10 minutes a week, an individual [using BEHUM] can learn about several different issues and take a simple meaningful action to get involved.”

Instead of making us sort through news articles, tweets, and Facebook posts, BEHUM consolidates statements from our political leaders (and advocacy groups) into one highly relevant feed. How simple is BEHUM to use? “Two” simple: 1) read and rate a politician's latest key vote, public statement, video, tweet, etc., and 2) share that rating with that specific political leader via Facebook, Twitter, email, or that politician's web form.

There's also an option for users to write a comment corresponding to the rating they've provided, which Bram highly recommends: “[Sharing] comments with your officials can amplify your voice, increasing your influence on the politician's decision, and at the same time influencing the political discourse among friends and family.”

Slightly disagree with what President Obama said about Klingon amnesty? Give that public statement a 2-star rating, write a reason for disagreement (“I think we should focus on the immigration rights of our own species prior to that of aliens”), and then share your rating and comment with President Obama via his Facebook, Twitter, email, and web form accounts. Additionally, this action shares your ratings and comments with your friends and family on Facebook and Twitter, which leads to a wider awareness of essential political issues and an opportunity for you to engage in political discourse (and actually have an idea of what you're talking about!).

Why are you still sitting there, not engaging in today's political affairs? Explore BEHUM for yourself. In the words of the greats, Ciara and Missy Elliott, “Let me see you 1-2-step.”