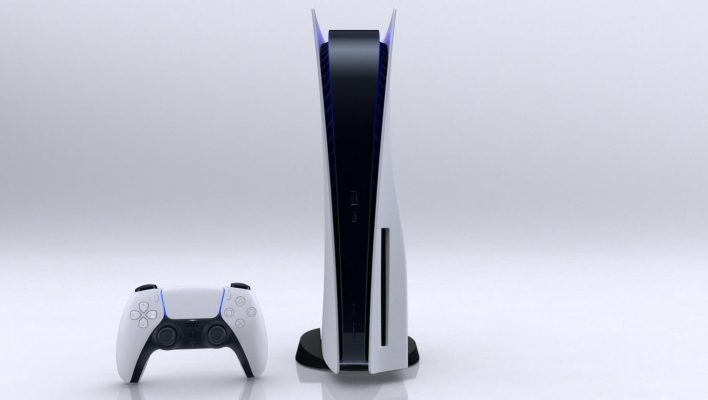 The PlayStation 5, Sony's long-awaited new console, was unveiled at the company's live stream event yesterday. But the event centered more on the games than on the console itself, revealing a raft of enticing titles including a Miles Morales Spider-Man game, a new Ratchet and Clank title, and a new fantasy adventure title called Project Athia.

And that's just the tip of the video game iceberg. The entire event was essentially an hour-long block of more than 20 video game trailers. The company evidently believes that it's these new games, rather than the yet-to-be-priced hardware, which will offer the most compelling evidence their console is worth your cash. Here are our top ten PS5 game trailers- are they enough to convince you?

Probably the splashiest title from the event was this stylish trailer, which confirmed a sequel to the well-received 2018 Spider-Man game. It's a PlayStation exclusive, due to debut during the 2020 holiday season.

Sure, there are only so many ways to make a racing game, but the big selling point here is the haptic feedback and the 3D audio, which combine to make this title an “even more realistic driving experience.”

The new Ratchet and Clank game splits the duo apart (again), and adds a frenzy of kinetic dimension-hopping action.

Possibly the most interesting execution (no pun intended) of a concept is Deathloop, a snazzy PlayStation-5-exclusive first person shooter about rival assassins trapped in a time loop.

This title appears to follow a cat wandering through a future in which robots have replaced humans in a cyberpunk-style environment. It's an announcement trailer, so there isn't a lot to go on here, but we like cats and we like robots, so we can't complain. One big question remains: Can we play as the cat?

It's coming 2021, but there's no more specific date mentioned.

Returnal follows a woman trapped in a Groundhog-Day-style cycle that continues past her death. No release date mentioned, but we'll likely be waiting a while for this one.

And yes, this is the second Groundhog-Day style action game trailer to debut at this event. Look, game designers really loved Edge of Tomorrow…

This narrative-driven title has some of the best and unique animation, setting up a beautiful, vaporware-style world of angsty humanoid animals attending a high school together. It's coming in 2021 to PlayStation 5, as well as PS4 and Steam.

In Hitman III, Agent 47 is back, with “the most intimate” contract of his career in the closing chapter of his trilogy. It's coming in January 2021, which is one of the most solid dates we've gotten for these games — most of them just say “Holidays 2020,” giving them some wiggle room.

This sequel to 2017's far-future action role-playing game Horizon Zero Dawn should deliver everything that fans of the original want.

Finally, there's this colorful demolition derby game, which makes for a great trailer.

There are plenty of other exciting trailers besides the ten above, too. Like the one for Bugsnax, a game about eating bugs that are made out of food. Watching the trailer feels like having a stroke, which is the highest praise I can give a kids' game. It's coming for the 2020 Holidays as well.

Village: Resident Evil, is coming a little later, in 2021. Then there's the wacky platformer Sackboy: A Big Adventure, and additional games including Ghostwire Tokyo, Godfall, Demon's Souls, and Solar Ash. You can check out all the trailers over at PlayStation's YouTube page.

PlayStation 5: What We Know

We might not know the specs or cost of the PlayStation 5 itself, but we know one thing— it'll have a bunch of additional accessories.

First, there's the HD dual 1080p lens camera, which can help streamers film themselves as well as their gameplay.

A white wireless noise-cancelling headset with Pulse 3D audio is a must-have, as it's needed to support the 3D audio within games that PlayStation is touting as a big perk of its new console.

A new media remote includes a built-in microphone, and there's also a charging dock for the console's DualSense controller.

Is the new PlayStation the “biggest generational transition our industry has yet seen,” as it was termed during the event? It's tough to say. So far we've learned a lot more about the games than the console.