It’s possible there’s never been a better time to be a sports fan than right now. Seeing a game at home in HD lets you get new views of the action. Smartphones make it possible to be up to date at all times on scores, stats, highlights, and free agency happenings. Plus, the Internet has helped make fantasy stats infinitely more accessible and easier. Players no longer have to go through the hassle of scouring newspaper box scores and manually recording stats. Heck, you don’t even need friends for fantasy sports anymore; you can start a league with strangers online.

There are also a ton of apps available that make being a sports fan a better experience than ever before. There are so many, in fact, that the number of them can be a little overwhelming at times. Out of the hundreds available, here are seven of the best: 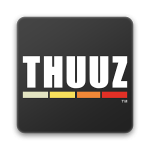 Have you ever missed a great NFL game because you totally forgot the teams were playing on Thursday night instead of Sunday? If so, you should look into Thuuz. Thuuz is an app that rates all upcoming sports games on a scale from 0-100, so you know which ones you really can’t miss. The app also sends you an alert when the games are starting.

If you’d prefer to only stay up to date on your more specific rooting interests, you can select the teams you’d like to receive alerts for. If you’re more of a fantasy player, you can even set alerts for specific players so you know if they’re having a big game or just ruined your season by getting injured. And, if you’re just bored at home, Thuuz can tell you what games are being played on what channels. 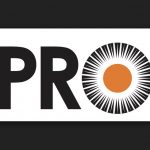 Sure, it might be easier to run a fantasy sports league these days, but it definitely isn’t any easier to win one. That’s where ScoutPRO comes in. ScoutPRO combines trusted analysis from industry experts and extensive player data to let you know who the best players to draft are and who are the best players to start on your weekly roster. ScoutPRO can be customized to be compatible with your league’s rules, no matter what site you’re playing on.

It takes its skill ratings and converts them directly into projected fantasy points, so the predictions couldn’t be easier to understand. If you’re serious about winning, it seems like it’d be worth subscribing since over 80% of their customers claim ScoutPRO’s analysis was valuable. 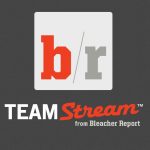 Unlike other apps, Team Stream doesn’t try to do a whole bunch of things. Instead, it focuses exclusively on the teams you’re interested in. All you have to do is pick the teams you’re interested in, and Team Stream will send you alerts whenever anything happens with your team. This isn’t limited to just keeping you updated on scores; Team Stream fills you in on every news story or rumor surrounding your team, meaning you basically never have to turn on SportsCenter to wait around to hear something about your favorite teams again. 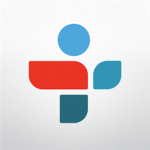 Sometimes though, getting an alert with a score update is not enough to keep you connected to the game. In those desperate moments when you aren’t near a TV, can’t stand the TV’s announcers – does anything get you excited, Joe Buck? – or can’t find a reliable or legal stream available online, you might turn to the radio. But that’s not a surefire solution, either; there’s no guarantee you’ll be able to find a broadcast or that the signal will be clear.

That’s where TuneIn comes in. This app gives you access to over 100,000 real radio stations along with more than 4 million podcasts. TuneIn is great for emergency cable outages or just to play when you mute the TV after the announcer mispronounces your favorite player’s name one time too many. 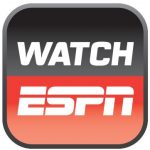 If ESPN is included in your cable package, you should never have to turn to the radio once you download WatchESPN. This app delivers live streaming feeds from the original ESPN along with 2, 3, Deportes, News, and U. If there’s a sporting event on ESPN that’s blacked out in your area, you can watch it on this app. It’s also perfect if you’re stuck on a bus or if no one else in your house wants to watch the Premier League. Also, if you enjoy subjecting yourself to shows like First Take, you can watch it on this app, but I’m not sure why anybody would go out of their way to watch Skip Bayless. 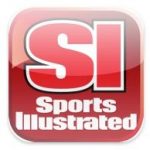 If you want to have a little more in-depth analysis on the go, you should check out the Sports Illustrated Magazine app. It’s already free if you have a subscription, and it gives you everything available in the magazine with twice as many pictures. If you’ve already devoured that week’s issue, you can access hundreds of classic articles by some of Sports Illustrated’s greatest writers.

It also gives you access to the Sports Illustrated Swimsuit Issue. If you have an Internet connection, I don’t have to tell you there are ways of finding images of scantily clad women without downloading this app, but it remains a popular feature for whatever reason. Just remember to tell everyone you downloaded it for the articles. 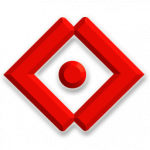 While there are plenty of apps that give alerts and score updates, few go into as much detail as SportsTap does. SportsTap focuses mostly on statistics and not only tells you the stats for games that have happened, it also gives you projected stats for the ones that haven’t started yet. You can look at stats for teams and players and you can also do side-by-side stats to help you figure out who you think has the best chance of winning.

SportsTap claims to provide coverage for every sport you can think of, from the big ones like football and baseball to the ones you didn’t know were played competitively like ice climbing and kite sports. If nothing else, SportsTap could help get you interested in competitions you’ve never heard of before.