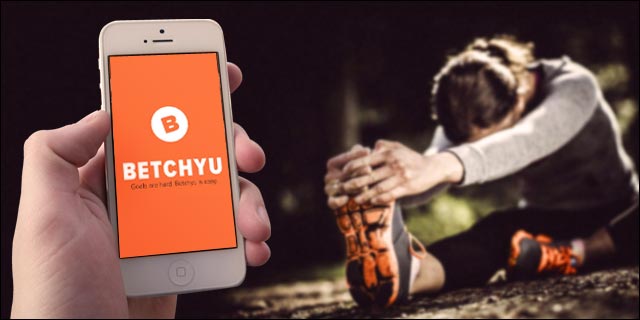 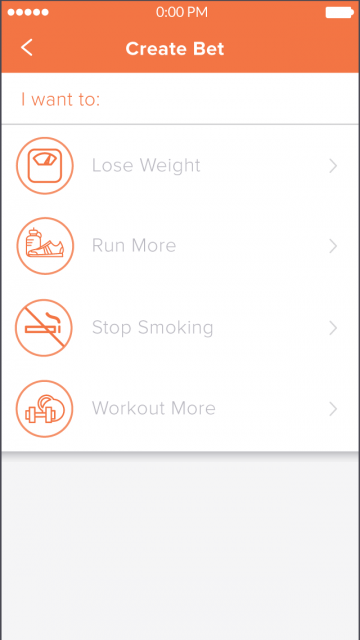 An innately competitive person, I always try to be the best or expect the best for myself – whether that's in attempting to achieve various life goals or in trying to perform at above the quality of peers in so-and-so activity. And, when it comes to competition, there's really nothing more motivating than challenge from a friend or someone in your family – there's just this natural tendency to want to prove to them that we can take on whatever it is they throw at us. Betchyu, a new mobile app that launched today, hopes to leverage such social, competitive dynamics into a self-improvement process that actually lets people attain their personal health goals.

“After coming up with several different models for a motivational app, I decided to try to build a ‘double-dog dare' app,” says Betchyu cofounder and CEO Adam Baratz. “I'm the oldest of four boys and we're always competing with one another. In my family, there is nothing as effective to get one of the boys to do something as the double-dog dare…Betchyu is harnessing the competitive dynamic that I experienced with my family.” 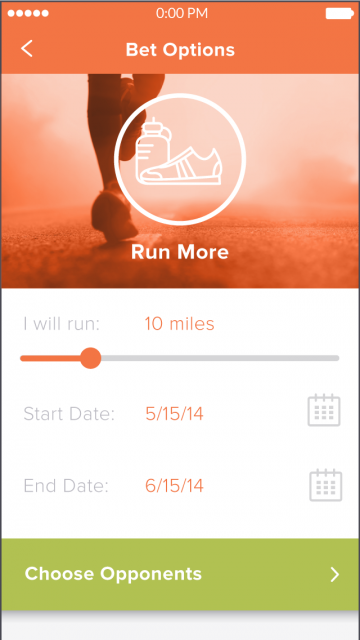 Ah, yes, the classic double-dog dare, a seemingly trivial yet persistently effective tool, whose relevancy extends beyond our childhood days (clearly). Betchyu is based on this idea that competition can motivate people to reach their health goals through a social filter. Whether that's losing weight, exercising more, running farther, or quitting cigarettes, Betchyu capitalizes on your own social network of friends and family, getting them to place bets against you in hopes that you'll stick to trying to achieve your goal(s).

“Betchyu is a really unique product that is trying something radically different. So many wellness apps are focused on downloads while neglecting their stated purpose (to help their users get healthier). We're trying out a completely new and exciting model,” says Baratz.

There are, of course, other apps out there that already incorporate competition in the overall scheme of health and wellness. Companies like Pact (formerly Gympact) and DietBet work precisely through competition – for each, a user puts in real money and place bets against himself/herself; if they fail to achieve their desired fitness goal(s) then they lose that money to those on the platform who successfully achieved theirs. Baratz is certainly cognizant of the competition out there, but he thinks that the competition's focus on interaction with strangers is something that really isn't sustainable for most people: 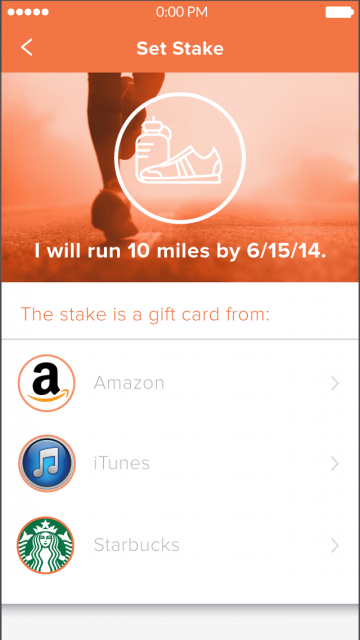 “Our vision is to turn the self-improvement process into a social experience. We understand that personal change does not happen in isolation. To effectively change, it is important that your surrounding network be engaged in your personal transformation. A computer system is incapable of keeping people accountable in the long run. For people to really alter their habits, these changes need to be grounded in interpersonal relationships.”

And unlike their competition, Betchyu uses gift cards instead of money as prizes for attaining a personal goal. So, say, instead of the stake being $20, users choose a gift card from one of the retailers on the app (hello, Amazon!). If you end up reaching your health goal, then the friend or family member who bet against you forks over the money (through the app) to pay for the gift card. If you don't reach your goal, well, then you're shit out of luck (and without a gift card), and you end up paying the money towards the gift card that your friend now gets.

Betchyu's app launched today and is currently only available on iOS. Check it out for yourself!