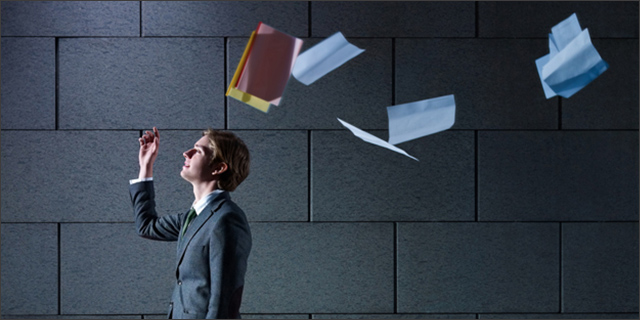 Another day, another viral video of a frustrated, tired employee quitting a job in a dramatic fashion.  First there was the chute-sliding JetBlue flight attendant and then the brash marching band incident followed by the forthright op-ed from the ex-Goldman Sachs employee.

And now there's the dancing video producer who's simply had enough.

In her case she claimed the work environment in Taiwan wasn't bearable. So why not just move on? Or better yet, look for work opportunities in countries where employment laws and work environments generally tend to be a bit more supportive of work-life balance?

If only we could all vent this way. About everything.

Public displays of resignation are entertaining and attention-getting. But they won't take you anywhere except on the 15-minutes-of-fame-train. Look, we've all been there. I've had bosses throw things at me, yell, and storm out in temper tantrums. But employment is free will. And if you're quitting anyway (meaning you're not stuck in the job to feed your family), why behave like a toddler just looking for attention? I'm all for creative and sticking-it-to-the-man when deserved, but no one looks back on a tantrum with pride.

There's a better way to quit your job if you just can't take it anymore.

Is your misery project or person related, but you love much about your company and co-workers? See if there's an opportunity to move departments. It could be that management is well aware of your difficult boss (but she brings in too much business or is too tenured to fire). Not that it makes it right to keep the boss in seat, but without sharing confidential information, management could reward you for just asking for another opportunity internally.

If it's systematic, then you may want to leave. When the entire founding team is behaving badly, or emulating a model of work-life balance you find deplorable, that's a sign. And if your health or family life is being affected? That's a sure sign. But only you can decide–and define–what behavior and cultural attributes are enough to make you quit.

Second, devise a plan and a timeline.

Consider current work you don't want to leave unfinished and aim to help provide a smooth transition.  For example, you may despise your boss, but you don't want to leave your reliable co-workers with a difficult situation. Then start laying the ground work (confidentially) with your network to get a sense of how hard it will be to find a new job so you're financially prepared to be unemployed for a specific period of time. It's important to know that even if you give two weeks notice, a company could ask you to leave on the spot–always be prepared for this.

Last, resign like a big boy (or girl) and reflect.

Write a simple letter. Tell your boss first, followed quickly by key team members to avoid fueling the gossip fire.  Thank the people who were supportive and helpful with notes and coffees or lunch before you leave.  Don't burn bridges. If you've only been in the workforce a few years, it's hard to imagine, but ten or fifteen years from now, you never know who you'll end up working with or for.  And don't forget to figure out what you did wrong. Sure, you might have the world's worst boss, but you are the one who took the job in the first place and stayed there. What could you have done differently? What questions could you have asked when researching and interviewing with the company to get a better sense of what the real work environment was like? Every difficult relationship – whether with a person or a company – is a two-way street.

Oh, and don't forget your fish.