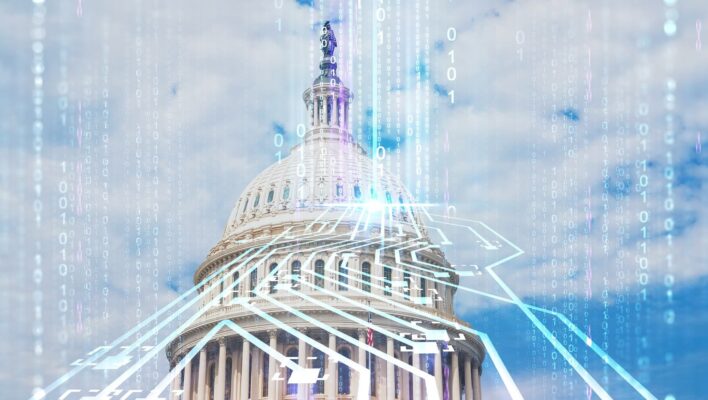 The US government will launch a “cybersecurity labeling program” in 2023 for all devices connected to the internet.

Internet of Things (IoT) devices, as they’re commonly known, can be used as entry points to company networks, especially ones that aren't protected by antivirus software or another security-bolstering software.

The move looks to protect consumers from “significant national security risks”, and is part of a wider program of cybersecurity initiatives to combat the ever-growing threats to private and public sector organizations.

American Consumers To Be Given More Information

The last two decades have seen an explosion of tech devices permeating every aspect of our lives, and an increasing proportion of them are connected to the internet.

Just a few years ago, this may have been limited to phones and laptops, but now, door locks, security cameras, and even refrigerators are perpetually online.

Alongside this proliferation of devices, security risks have grown, so it makes perfect sense to inform people o the risks of buying certain devices from certain companies.

This is the precise purpose of the labeling program, which will determine whether a device meets a set of fundamental security requirements.

The primary aim of the initiative is to ensure US citizens are aware of (and perhaps think twice about using) “higher risk” devices, which will be the first to be labeled.

“By developing and rolling out a common label for products that meet U.S. Government standards and are tested by vetted and approved entities” a Whitehouse factsheet explains, “we will help American consumers easily identify secure tech to bring into their homes”.

According to reports, barcodes will be favored over paper labels, which will allow people to scan them with their smartphones.

A new labeling system for internet-connected devices isn’t the only cybersecurity initiative the Biden-Harris administration has or is planning to implement.

For instance, The Whitehouse will soon host international partners of the newly established International Counter-Ransomware Initiative on October 31 – November 1 to “accelerate and broaden joint work” in the fight against ransomware.

“Advancements in quantum computing threaten that encryption” the Whitehouse warns, “so this summer the National Institute of Standards and Technology (NIST) announced four new encryption algorithms that will become part of NIST’s post-quantum cryptographic standard.”

The algorithms are expected to be finalized in the next two years. Other initiatives detailed in the same fact sheet involve strengthening existing cybersecurity infrastructure and improving cybersecurity education.

What Can You Do To Improve Your Business’s Cybersecurity?

The labeling of tech products looks, in theory, like it’ll have a positive and far-reaching impact – especially if the similar labeling scheme Environmental Protection Agency enforced, which inspired the cybersecurity initiative, is anything to go by.

But there are steps all businesses can take to make themselves safer too. Password managers, for example, are excellent ways to ensure your staff is using sufficiently long and unique passwords without having to remember them all.

There’s loads of affordable tech out there that you can work into your existing cybersecurity infrastructure to make yourself that bit safer – it’s just about making the right investments to keep your business safe.