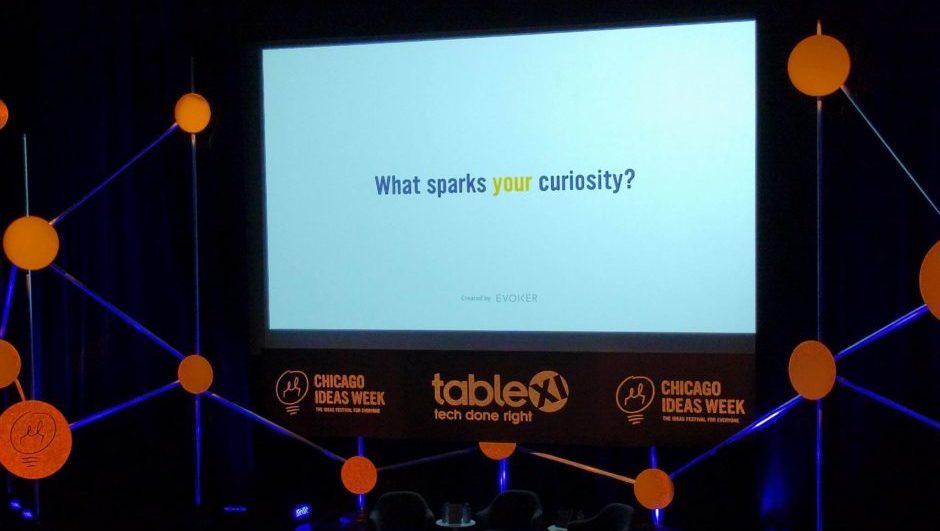 On Monday, Chicago Ideas Week kicked off with a wide range of celebrity speakers, informed guests, and enthralled attendees. The event will take place over the course of the week, showcasing 150 total events with some of the most renowned minds in the tech industry today. Discussions on topics like artificial intelligence, choice, and business will highlight the innovative spirt of the Windy City.

I was lucky enough to attend an incredibly interesting talk titled “Humanity & Tech: What's at Stake” that focused on the ethical, social, and legal implications of tech's unending inclusion in everyday life. Speakers included Kenneth Cukier, senior editor of digital products at The Economist, Julia Angwin, author of Dragnet Nation, and Anil Dash, a blogging pioneer and the host of the event.

“I don't need to tell you that tech is changing your life in a lot of different ways,” said Dash before sitting down with the other two speakers. 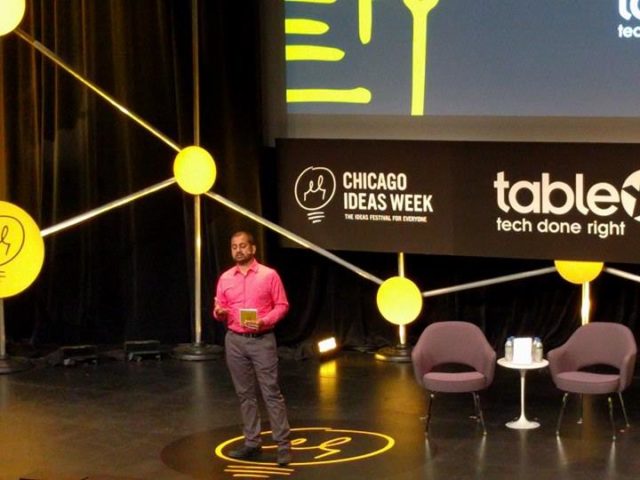 The Chicago Ideas Week discussion was poised to be a debate from the start given the contradictory stances of Cukier and Angwin on the matter of big data. To put it as simply as possible (which does a huge disservice to the intricate positions they each hold), Cukier is for it and Angwin is against it. And their respective commentaries showed that.

“We now have technology that can see things that humans have never been able to see before,” said Cukier. “It would be unwise if we didn't embrace it.”

Being against big data at this point in the game is like being opposed to smartphones: no one is going to be on your side. But Angwin brought up a wide range of good points that made some of the big data fans in the audience rethink their position. Particularly when it came to the practices in place to glean excessive information on everyday Americans.

“Companies are collection all this data in the hopes of figuring out what to use it for later on,” said Angwin.

While the discussion started off a bit contentious, Angwin and Cukier ended up having a lot more in common than previously thought. Their general stance on big data differed but they both hoped that some level of regulation would put in place to keep the big data collectors in check when it comes to the application of this data.

This strained consensus came when Angwin brought a troubling case to the room. She had done some serious research in regards to a pre-crime algorithm used in states across the country to help judges decide how long they should sentence specific cases. While researching it, Angwin discovered that, other than the company that developed it, no one had done any digging into what this algorithm was churning out.

The Chicago Ideas Week crowd was just as stunned as I hope you are. Millions of people had been charged with lengthier sentences because of an algorithm that no one had verified. Until, of course, Angwin herself took up the mantle and investigated who was being charged and for how long.

She discovered that the algorithm was fundamentally flawed because of racial biases. Her research showed that, based on the algorithm, judges were giving black defendants sentences that were twice as long as the average, whereas white defendants received sentences half as long.

Cukier in no way tried to defend this. He agreed that the lack of attention to these kind of important algorithms needs to be fixed. But he also said that a algorithms are often written in a color blind manner. And unfortunately, we do not live in a color blind world. Algorithms, like the rest the world, needs to consider the racial implications of their decisions, whether it be through coding or manual override.

When the dust had settled from the big data debate, event attendees were privileged to meet Megan Smith, the chief technology officer for the United States of America, a position created in 2009 by President Obama to manage the growing issues in the technological realm in this country.

Her discussion focused on the many ways people could get involved in the tech world. With a large number of unemployed people in the world and a growing tech industry in need of qualified employees, Smith implored everyday citizens to get involved in the growing business. From engagement platforms that get Americans interested in tech to innovation initiatives that are getting the ball rolling for people around the world, Smith had a wide range of solutions for the talent needs of the tech world. 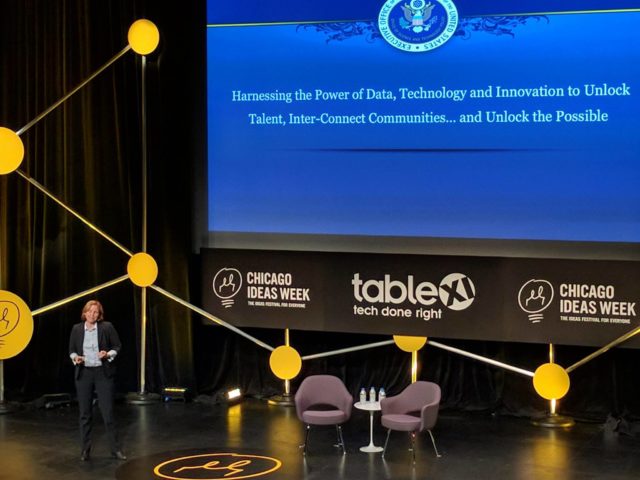 Megan Smith, CTO of the United States of America, at Chicago Ideas Week