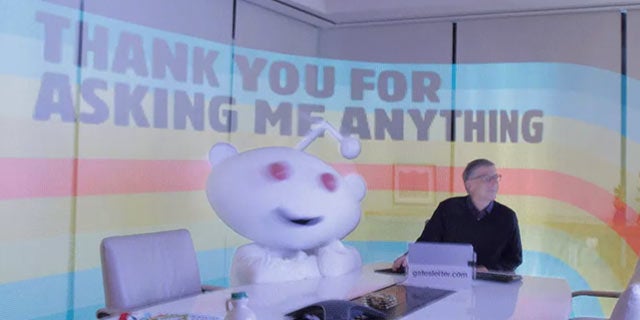 For the third year in a row, the world’s richest tech billionaire hosted an “Ask Me Anything” session on Reddit. Bill Gates' AMA session was very popular and he answered everything from what makes him “feel stupid” (not learning a foreign language) to the future of technology. Here are the highlights:

I feel pretty stupid that I don't know any foreign languages. I took Latin and Greek in High School and got A's and I guess it helps my vocabulary but I wish I knew French or Arabic or Chinese. I keep hoping to get time to study one of these – probably French because it is the easiest. I did Duolingo for awhile but didn't keep it up. Mark Zuckerberg amazingly learned Mandarin and did a Q&A with Chinese students – incredible.

On the Future of Technology

There will be more progress in the next 30 years than ever…Once computers/robots get to a level of capability where seeing and moving is easy for them then they will be used very extensively.

One project I am working on with Microsoft is the Personal Agent which will remember everything and help you go back and find things and help you pick what things to pay attention to. The idea that you have to find applications and pick them and they each are trying to tell you what is new is just not the efficient model – the agent will help solve this.

It seems pretty egocentric while we still have malaria and TB [Tuberculosis]  for rich people to fund things so they can live longer. It would be nice to live longer though I admit.

On the Sewage Drinking Water Machine

Sewage is a problem. Since it costs money to process it just gets dumped in slums in poor countries. The system the rich world uses of pumping in clean water and pumping it to a processing plant is too expensive. I challenged engineers to create a processor of sewage where the costs could be covered by the energy and water (clean water) that it outputs. We have made progress on that.

Don't stay up too late even if the book is really exciting. You will regret it in the morning. I am still working on this problem.

On Learning How to Code

It is safe for now! It is also a lot of fun and helps shape your thinking on all issues to be more logical. There is a prospect for change in this area for the next generation but that is true for most fields and understanding how to program will always be useful.

On Technology Making Us Less Intelligent

Technology is not making people less intelligent. If you just look at the complexity people like in Entertainment you can see a big change over my lifetime. Technology is letting people get their questions answered better so they stay more curious. It makes it easier to know a lot of topics which turns out to be pretty important to contribute to solving complex problems

On the Fear of SuperIntelligent Machines Taking Over

I am in the camp that is concerned about super intelligence. First the machines will do a lot of jobs for us and not be super intelligent. That should be positive if we manage it well. A few decades after that though the intelligence is strong enough to be a concern. I agree with Elon Musk and some others on this and don't understand why some people are not concerned.

On His Support for Bitcoins

Bitcoin is an exciting new technology. For our Foundation work we are doing digital currency to help the poor get banking services. We don't use bitcoin specifically for two reasons. One is that the poor shouldn't have a currency whose value goes up and down a lot compared to their local currency. Second is that if a mistake is made in who you pay then you need to be able to reverse it so anonymity wouldn't work. Overall financial transactions will get cheaper using the work we do and Bitcoin related approaches.

On His Bet for the Super Bowl

This is an easy question. I am good friends with Paul Allen who owns the Seahawks and I live in Seattle. The playoff game was amazing to watch. Go Seahawks!