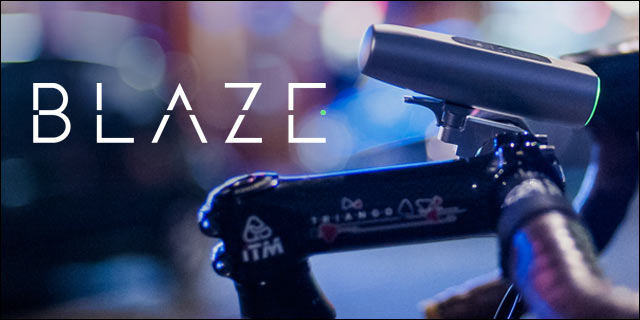 If you're a cyclist, either for your daily commute or weekend rides, you know the dangers you face when sharing the road with drivers. According to the statistics, in 2012, 726 cyclist lost their lives in bicycle/motor vehicle crashes in the United States. In that same year, bicyclists injuries caused by a motor vehicles were an alarming 49,000.

Blaze has created Laserlight, a bike accessory that combines light and a laser which projects a green image of a bike onto the ground 5 meters in front of the cyclist. The image warns drivers who cannot see the bike in their “blind spot” so they are aware of the presence of the cyclists. 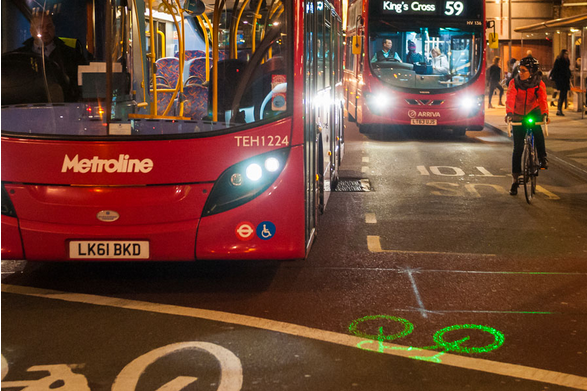 “There is one statistic which stuck in my mind and that is that 79% of bikes that are hit are going straight ahead and a vehicle turns into them,” says creator and cyclist Emily Brooke in a recent interview.

The green light is visible during the day but not effective, says Brooke, and is really aimed for night use when “you can't miss it”. The bicycle symbol was chosen to ensure it was universally recognized.

The company has sold over 3,000 Laserlight  units since it launched their Kickstarter in 2012. Although the company is based in the United Kingdom, it has been popular in the United States in cities like San Francisco and New York City. LaserLight costs USD $200 and it comes with a bracket to attach it to handlebars, is waterproof and the internally sealed battery is charged via a USB cable.

Of course, the device can't help reckless drivers in cities with little regards to bike commuters. However, it is an innovate way to start re-educating drivers on how to share the road and provide a bit more safety.