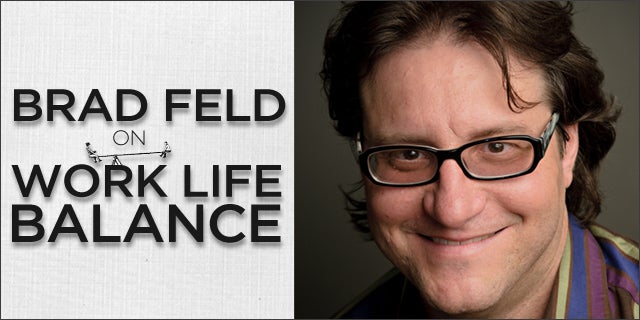 There's no shortage of startup wisdom encouraging entrepreneurs to work harder.  And at this point, hustle is built into the entrepreneurial code of ethic, suggesting to do so is superfluous.  The lines between the week and the work week have blurred, while any mention of work-life balance will often be met with laughter.

But has the hustle mantra gone too far?  What's the price of dedicating your life to hitting it big?

For Brad Feld, noted venture capitalist, entrepreneur, author, and Tech Stars co-founder, it nearly cost him his marriage, again.  The Boulder-based Renaissance Man has since focused on constructing rules to ensure the work-life balance doesn't get too far out of whack.  In an attempt to share the work-life gospel with fellow entrepreneurs, Feld and his wife, Amy Batchelor, recently co-authored Startup Life: Surviving and Thriving in a Relationship With An Entrepreneur.

We caught up with Feld to chat about the importance for entrepreneurs to maintain a work-life balance, especially in their relationships.

Tech Cocktail:  Tell us a story about a time when you realized you needed a better work-life balance.

Brad Feld:  The story at the beginning of Startup Life: Surviving and Thriving in a Relationship With An Entrepreneur is one of my favorites. It follows:

It was the summer of 2000. The NASDAQ had peaked, and while things weren’t yet in free fall, it was clear that Internet-related companies had some major stress in front of them. Brad had spent a week on the East Coast totally maxed out in 18-hour days at numerous companies in which he was an investor. We had a relaxing weekend planned with longtime friends in Newport, Rhode Island, and Brad was looking forward to catching his breath.

A town car picked up Amy at Logan Airport and then swung by an office park in the Boston suburbs to pick up Brad. He came out of the office on his cell phone, dragging his luggage, and somehow managed to get in the car while continuing the conversation. He waved a quick hello to Amy and continued talking. The driver took off on the 90-minute drive to Newport.

About halfway there he finished his call. He hung up, turned to a mod- erately annoyed-looking Amy, and said a more enthusiastic hello. We chat- ted for a few minutes and his phone rang again. He answered immediately and launched into another conversation that lasted until we got to our friends’ house.

It was late Friday afternoon in Newport on a beautiful summer day. We settled into chairs in our friends’ backyard with a drink. Brad pulled a pile of paper out of his bag and set it in front of him. Smartphones weren’t very smart in 2000, and Wi-Fi wasn’t ubiquitous yet, so he often dragged around a bunch of stuff he had to read and used “downtime” like late Friday after- noon to grind through it.

Amy and our friends chatted while Brad turned the pages on what felt like an infinite pile of stuff to read. Eventually, it was time to head to din- ner, so we all hopped in the car and went to a nice seafood restaurant in downtown Newport. Our food had just appeared when Brad’s cell phone rang. He answered it, excused himself from the table, and walked outside to take the call. Thirty minutes later he reentered the restaurant to Amy and our friends eating dessert. Amy had a profoundly annoyed look on her face, but Brad figured he would relax on Saturday and Sunday and everything would be okay.

When we got into bed an hour or so later, Brad could sense that some- thing was wrong.

“Yeah, this was a bitch of a week. I’ve got a couple of companies that are imploding, and it seems like nothing is going right anywhere. I’m exhausted. I’m glad it’s the weekend—I’m done with this week also,” Brad replied.

“No. I’m done. Not with the week. But with living this way. You aren’t even a good roommate anymore. I love you, but I just don’t want to live this way. I’m done.”

Silence. Even though Brad is a guy, he knew that at moments like this the goal should not be to solve the problem. As uncomfortable as it was, he let the silence sit in the air, partly because he had no idea what to say.

Eventually, Brad quietly responded, “Wow, I’ve really fucked up to get things to this point. I’m not done, but if you are, then it’s on me to try to change. I hope you’ll give me one more chance.” 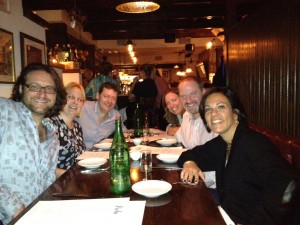 Tech Cocktail:  For those dedicating 100% of their energy to their venture, what price (both short and long term) should they expect to pay?

Feld:  It's actually not possible to spend 100% of your energy on your venture. Begin by realizing that as a human you have to sleep, so at least some percentage of the time will be spent “resting”. If you want to go deeper on this thread, you have to eat also. Once you start to understand this, then you quickly realize that to sustain an intense work pace over a long period of time, you need to nourish “yourself” separate from your venture, whether this means exercise, a relationship, or something else.

Tech Cocktail:  If you could go back in time 25 years and give yourself any lifestyle advice, what would it be, if anything?

Feld:  Have my words match my actions. Early in our relationship, I constantly would tell Amy that she was the most important thing in my life. But then whenever the phone rang, even if it was right after we had sex and were snuggling together, I'd answer it. Or I'd be 30 minutes late to dinner because of a meeting that “ran late.” Or I'd disappear into my computer when we had time together just hanging out. Today, Amy is unambiguously the most important thing in my life, but when something else takes priority, I explain it – in advance – and set expectations that I'll have to focus on it.

Tech Cocktail:  How can your partner or friends help you achieve work-life balance?

Tech Cocktail:  You surrender your cell phone once a month for a Life Dinner with your wife. What advice would you give to entrepreneurs who have trouble unplugging?

Feld:  Try it, you'll like it. I'm now doing digital sabbath – no phone or email from Friday night to Sunday morning. It is awesome – I wish I had discovered this 25 years ago.

Tech Cocktail:  What are your top three tips to entrepreneurs to achieve happiness?

Get more resources for optimizing your health in Tech Cocktail's Healthy Entrepreneur Series.