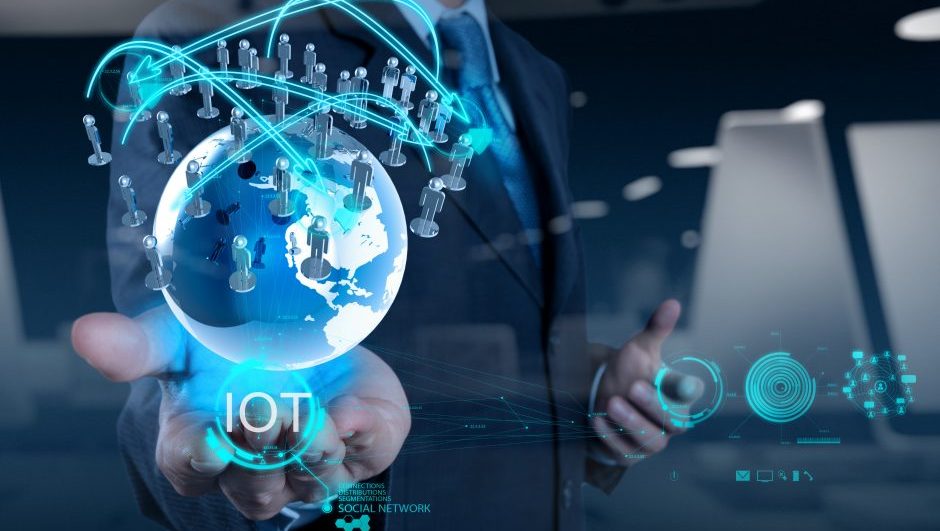 Daniel Price and Daniel DeLaveaga made an offbeat pitch to the first employees of Breadware, the young company whose IoT prototyping kits began catching on this summer.

The company didn’t offer great salaries to those early employees, but they could have free room and board in a 14,000-square-foot mansion the company was leasing not far from Santa Barbara on the Central Coast of California.

Rather than rent an office in Santa Barbara, where the going rate was $5,000 for a space that would be cramped quarters, at best, the founders allocated the $5,000 towards a sprawling abode in Santa Ynez.  For one year, everyone worked together for long hours in the electronics wonderland downstairs, occasionally retreating upstairs for a meal and some sleep.

“Work-life balance was a challenge,” Price remembers with a laugh, but that at-times chaotic year paid off this spring when Breadware rolled out its Mega B-Line kits that allow absolute amateurs to develop prototypes for Internet-of-Thing prototypes.

The challenge for inventors with ideas for IoT devices, Price explains, has been found in the combination of specialized skills that are needed to bring a device to reality. Almost every IoT device requires a combination of skills in software, hardware, firmware, and cloud applications.

Few entrepreneurs or inventors have the capital to hire specialists for each aspect of IoT product development, and even fewer have the patience for a process that can take anywhere from 90 days to six months.

The B-Line kit allows inventors  — even those without any IoT background — to develop product prototypes on their own within a few hours. The key is Breadware’s ability to move all the hard stuff into the background so that users can focus on functionality.

Based on the accepted, open-source Arduino Mega baseboard, the B-Line kit includes a baseboard, an assortment of 13 sensors and modules, a battery pack and a programming cable. Additional hardware modules available include commonly used items such as an accelerometer, a microphone and a temperature monitor.

Non-specialized customers can use Breadware’s if/then firmware generator to create code, even for complex IoT projects that span hardware, mobile apps and the cloud.

It’s so effective that focus groups have found that users with no programming background at all have been able to develop relatively sophisticated IoT prototypes within a few hours using Breadware B-Line kits.

Launched on a shoestring, cash investments of $2,500 each from Price and DeLaveaga, the company got its start two years ago as an IoT consulting firm working with enterprise clients.

The firm landed its first $50,000 contract within a few months and quickly made a name for itself delivering manufacturing quotes within 48 hours and delivering finished boards within 30 days; previously unknown speeds in a field in which even a simple product can take three months and one with slightly complexity can require nearly half a year.

Breadware financed the development of B-Line through its ongoing consulting contracts.

The company’s two 26-year-old founders, friends since their elementary school days in California’s Sierra foothills, squeezed every dime even as the company landed seed-round funding.

It didn’t take long for Price, an electrical engineer and DeLaveaga, a mechanical engineer, to notice that most of their consulting work drew upon similar hardware, software and firmware requirements.

That sparked the idea to develop a lean, flexible toolkit that non-technical people could use by themselves to develop IoT prototypes quickly – something that doesn’t come easily in the IoT space.

“It was an extremely challenging product-development cycle,” says Price.  “Not only did we need team members who had expertise in each of the skills needed to create an IoT product, they needed to be able to make it simple enough for a neophyte. And then the team needed to work together to make sure that the entire kit was seamless and easy to use.”

With seed funding, the company moved back to Reno, Nevada. The costs of operating a business are dramatically lower in Reno, there’s no state income tax, and Reno provides a pool of expertise in advanced manufacturing.

With the successful launch of B-Line and its move to the cost-effective environs of Reno, the company is solidly on its feet financially after investing heavily in the development of B-Line.

The kits have also found a niche audience in universities and STEM education programs that want affordable classroom tools to teach the skills that create IoT products. The University of Nevada, Las Vegas recently purchased a set of Mega-B Development kits for their Electrical Engineering Program and are in the process of implementing these kits into that program.

Breadware also is focused on getting a solid foothold in the worlds of inventors and entrepreneurs, and the company’s next steps include getting in front of mechanical and industrial design agencies that could use Breadware’s enterprise-sized modules to add IoT capabilities to existing products.

And Breadware looks to boost the capabilities of its own line of modules, creating a brand that’s so respected by consumers that they’ll seek out products that incorporate Breadware’s technology.

Read more about startups in Nevada at TechCo