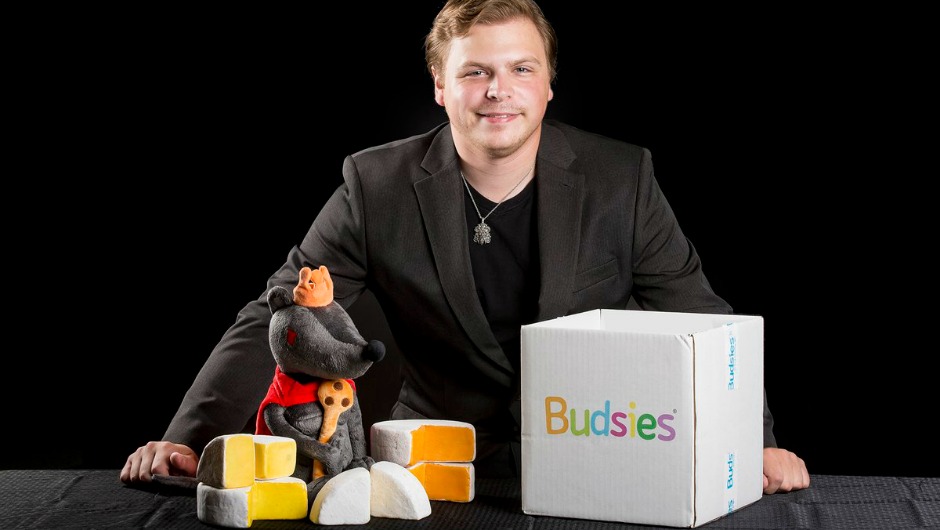 Thanks to the magic of the internet, DIY or do it yourself activities have only been made easier; however, if Pinterest has taught the world anything, it’s that some things are best left to the professionals. That awesome cake you saw on TV? Yeah, good luck with that. See something cool on Pinterest and then try to decipher the recipe, hair style, or accent piece? Enjoy your Pinterest fail. Ok, so this may be a slight over exaggeration and you’ve probably had your fair share of wins too, but regardless of your skills, sometimes it doesn’t hurt to have someone else take the concept from your head and make it a reality.

Take for example your kids drawing or a photo of your pet, and you in turn want to turn it into a plushie or stuffed animal. You can either do it yourself or employ the likes of Budsies. Launched in 2013 on the back of a napkin, Budsies, a play on personal buddies, takes drawings and photos, and then turns them into stuffed animals.

“My little sister Michelle was a phenomenal doodler when she was younger. Her imagination also extended off the paper: she loved playing make believe with her stuffed animals,” said Budsies founder Alex Furmansky. “I wondered why she couldn't play with a plush of one of her own characters. The very first Budsie ever made was of her character Dongler – he's now our mascot!”

Since that time the company has created more than 43,000 stuffed animals based on things people love or have dreamt up. If the concept sounds familiar, it may be due to their spinoff, Petsies, that allows you to turn your favorite pets into stuffed animals or even those famous ones you follow on Instagram such as Marnie the dog. The company was also featured on Shark Tank. Now after years of successful custom creations, Budsies is stepping into the world of crowdfunding.

Like most crowdfunding platforms a creator pitches the world for why you should back their project be it an indie film, new technology, or in this case a stuffed animal line. The company has chosen characters from real Budsie customers, and if a particular plushie achieves its pre-order goal in the marketplace during the campaign timeline, every backer will receive the item. If the time window passes, orders will be refunded.

In a world filled with influencers, Budsies launched the market to tap into them and their audiences. From famous Instagram pets to children’s book characters, the people who create or manage them will be able to offer a likeness of said creation to their fans.

The market isn’t just for influencers, but anyone, including your kids, who is interested in trying to sell their own plushies. Just like any crowdfunding campaign, it reduces the risk for all parties while driving down cost if the project is successfully funded. More specifically, creators have 15 days to get 100 or more pre-orders for their creation to be made, and if successful, they will receive 10 percent of the profits (Budsies foots the design and manufacturing).

“My favorite plush in the past year has been a Selfies doll (where we make a plush doll out of anyone's photo) for a little girl whose daddy had recently passed. Through our plush, the girl was able to hug her daddy again and maintain her connection with him,” said Furmansky. “While our custom plush service is cool and fun, most people don't realize the emotional backstories that go with each creation. To our customers, we never make ‘toys.' We make a child's imaginary friend come to life, or we let a child hug their father who is stationed overseas, or we empower an incredibly talented autistic teen come out of her shell. Since each Budsies plush is custom made, each plush also has a personal story. We take every order to heart.”