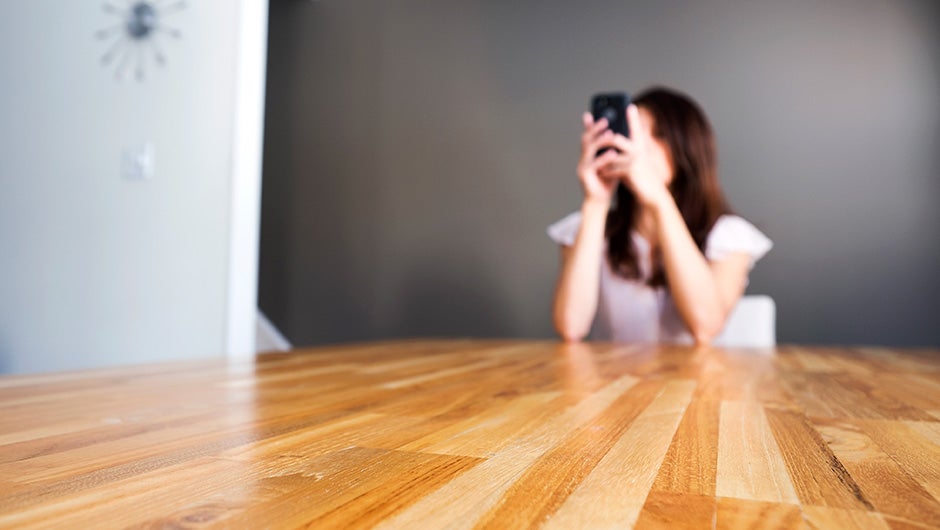 In a recent analysis of almost 5 million tweets, Buffer revealed the best times to tweet to maximize clicks, retweets, favorites, and replies.

The results of the latest analysis were a bit surprisingly – in short, it’s best to tweet between 6-7 am (for more clicks) and 9-10 pm (for more retweets and favorites). These are off-peak hours, but that might be why tweeting then is so effective. Read on to dig deeper into the results by time zone:

The accounts Buffer analyzed got the most clicks between 6 and 7 am on average – perhaps during commutes? – but the ideal time to tweet to maximize clicks is different depending on your time zone:

Tweets get the fewest clicks in the morning, between 9 am to 1 pm: 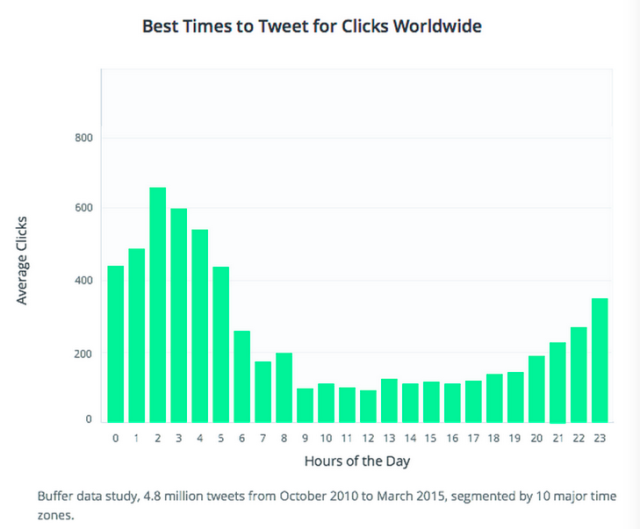 Buffer defines engagement as clicks, retweets, favorites, and replies. Taking into account all these forms of Twitter interactivity, they concluded that accounts get the most engagement in the early morning (between 2-3 am) and the least between 9 am-5 pm – i.e., when you’re probably tweeting.

The wee hours of the morning seem like a strange time to reach your followers, and Buffer data scientist Julian Winternheimer acknowledges that this result might be thanks to some outliers in the data. But the message is clear: tweeting when everyone else is tweeting won’t do you any good. In fact, the best time to get more retweets and favorites is between 9-10 pm in the US.

Meanwhile, Twitter users can’t seem to help but tweet between 12-1 pm – the most popular time overall. Maybe they’ve subscribed to the notion that people hop on their mobile phones over their lunch breaks. But not everyone falls into this trap – here are the most popular tweeting hours by time zone:

On the other hand, the least popular time to tweet is 3-4 am.

What can you do with this information, as someone hoping to maximize their Twitter engagement? Buffer suggests two distinct approaches. You could go with the crowd, because presumably there’s some reason why everyone is tweeting at certain times – perhaps they’re getting good results. Or you could buck the trend and decrease your competition by tweeting at off-peak hours. At the end of day, this report is an invitation to experiment and see what results you get. (And if you have Buffer, of course, you can find all those stats in your dashboard.)