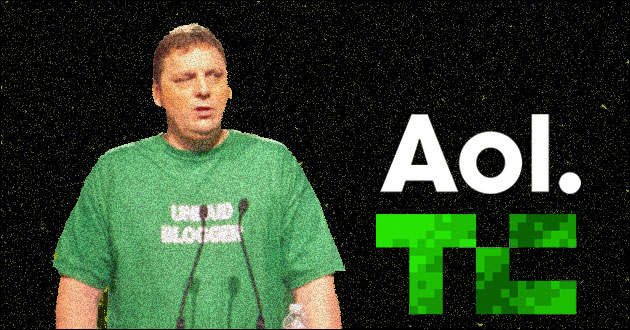 Disclaimer: This is an opinion piece, based on the facts and most names have not been changed to protect their innocence, or, not.

It's September again and that means TechCrunch Disrupt is taking place this week in San Francisco. The TechCrunch Disrupt event evolved from the now dissolved TechCrunch50 conference that was the creation of the now feuding Jason Calacanis and Michael Arrington. I've attended several times and found it to be valuable and intense – in the past it was a grueling few days of non-stop watching, talking and reporting on startups and other tech news that launch at the event. We covered last years event where they announced the sale of TechCrunch to Aol on stage here and shared event photos here and here.

So what was the buzz just before the event last year? A secret meeting between angel investors called AngelGate where TechCrunch editor Michael Arrington accused angel investors of “price fixing” that had the media buzzing about angel investor ethics until it eventually made its way onto the TechCrunch Disrupt stage and then promptly fizzled out with nothing left but some funny t-shirts. But not before garnering tons of attention, which probably didn't hurt ticket sales. Fast forward to this year and like clockwork, the past two weeks have been filled with rumors, allegations and an open mudslinging between Aol and TechCrunch's strong-headed leadership “team”, as editorial and investor ethics were the topic of conversation. Michael Arrington was the center of the conversation as news came out he was leaving TechCrunch to start an investor fund. This news turned into an open conversation where Arrington requested management leave TechCrunch alone and allow them to maintain their current editorial standards or he would buy back the company from Aol. You could not escape the chatter which played out on blogs and mainstream media including the WSJ and NYTimes. Despite the ridiculous airing of dirty laundry, at first all this news seemed legitimate, but then I started to reflect on the whole situation and how crazy it had become – and the uncanny timing.

My time at Aol and with TechCrunch taught me a lot about the two companies and something is just not sitting right. It sure seems like a lot of bullshit and noise to get people's attention – and it's working. While some may consider this whole fiasco a negative knock on Aol as it has revealed a bunch of big egos and dysfunctional relationships within the organization, it seems to have gotten people talking about a company that most people have not talked about in years – including a front page cover of the WSJ discussing their strategy.

I find it extremely ironic that this all played out just weeks before the TechCrunch Disrupt SF conference. I think Michael Arrington was planning on leaving TechCrunch to do his own venture fund and this was just a well orchestrated way to get people's attention – a way to capitalize on the news which could have been just a day of short headlines. Once again, controversy seems like the perfect way to create a media frenzy around TechCrunch's flagship event, emphasizing the big question on everyone's mind, will Michael Arrington make an appearance at the conference? (the answer was, yes, and another tshirt included). In a post on TechCrunch today, it appears Arrington has moved on from TechCrunch which is probably what he wanted to do anyway with editorial responsibilities in the sole hands of Erick Schonfeld. So there you have it folks. Just like last year's great storyline (i.e. AngelGate), this one too has concluded at TechCrunch Disrupt SF. So let's keep our eyes out for next year, around September 1st or slightly before, to see if TechCrunch kicks off another lively debate.