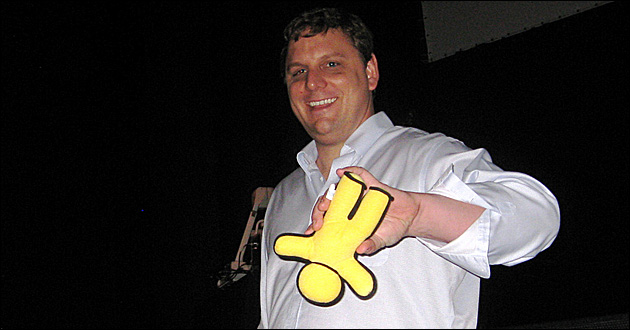 Today news has come that TechCrunch founder and editor Michael Arrington is leaving TechCrunch and Aol, the company that it was acquired by just under a year ago, to start his own venture fund which is being dubbed the CrunchFund. The fund has Aol as a limited partner along with a list of venture firms that have contributed $1 million: Accel Partners, Austin Ventures, Greylock Partners, Kleiner Perkins Caufield & Byers, Redpoint Ventures and Sequoia Capital. It also includes some individual contribution from Marc Andreessen and Ben Horowitz of the venture firm Andreessen Horowitz, general partners at Benchmark Capital, angel investors Ron Conway and Kevin Rose, and Yuri Milner, founder of Russian firm DST Global. It's been no secret that the CrunchFund has been in the works for sometime and will provide a select group of startups an additional funding option. At this time it's not clear if there's any specific types of startups the fund will be investing in.

While the fund may be old news, the departure comes as a surprise as previous reports had Arrington locked into Aol for 2-3 years. Some shareholders may be curious about what the restructured payout might look like. Those details have not yet been made public.

This is the end of an era for TechCrunch and tech blogging as a whole as Michael Arrington was one of the earliest and most powerful tech voices. He was one of the first bloggers I met when I started blogging within weeks of TechCrunch launching in 2005, so we watch his departure with some sadness. But change is inevitable so the two things we'll be watching closely are the future and evolution of TechCrunch without Arrington at the helm, and the future of the CrunchFund.