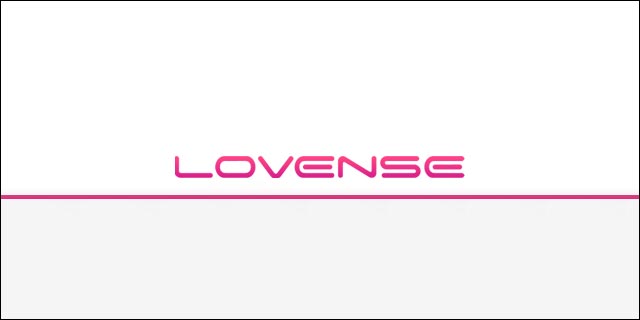 Nora and Max are in a long-term, long distance relationship; they're committed to each other and they're convinced that the distance won't stop their love. Unfortunately for Nora and Max, the stats are against them – sooner or later, the physical and emotional distance will put a strain on their relationship and they may find themselves having a serious talk “about some stuff” on Valentine's Day. Thankfully for Nora and Max, there's Lovense, a long distance sex toy that aims to keep them together.

Lovense is a sex toy that allows partners to experience physical intimacy in the bedroom, even if they're lying in two separate beds…2,000 miles away. The toy comes in two models, nicknamed Max (for men) and Nora (for women), and can be controlled through an app on your smartphone device. What makes Lovense so unique, though, is its bi-directional control feature, which relays touch sensation from one toy to the other.

“Lovense is the only toy in the market that makes virtual sex nearly close to the real sex,” said co-founder and CEO Daniel Lau.

We've seen sex toys that can be controlled through apps before, but never a sex toy that provides this bi-directional feature. Both Nora and Max have inbuilt sensors that detect movement coming from each other. This means that when, say, your boyfriend plays with Max on his end, you can feel his movements on your end through Nora. The bi-directional control essentially allows for virtual, long distance sex.

“There are many things that can cause LDR (long distance relationship) fail[ure],” said Lau. “However, our research shows that sexual intimacy has been the top reason to cause [that] failure.”

While technology has certainly made it easier for people to communicate with each other from opposite ends of the globe, Skype can really only do so much to keep long distance relationships together. There are things that cannot be simply mimicked over an Internet connection – particularly, things that can only be felt when you're sharing the same physical space.

But products like Lovense and others are catching on to these issues, and hoping to provide technologies that can bridge this physical divide for couples. Outside of the bedroom, there are devices like the TapTap, which offers a similar type of bi-directional technology by allowing you to feel your partner tapping on your wrist when he/she taps theirs. And while such devices can't solve all of the problems with long distance relationships, it can help to lessen their effects. “We can't guarantee our toys [will] keep your long distance relationship forever. We can, however, promise our toys [will] improve [it] a lot.”