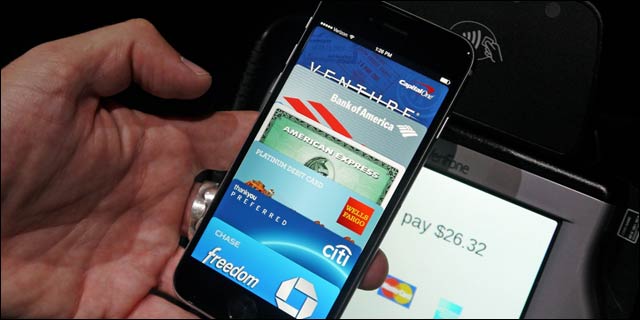 Another day, another very public embarrassment concerning the safety (or lack thereof) of our collective financial data.

I probably don’t need to remind you about recent data breaches from the likes of Target and Home Depot. Alternatives, such as the new and untested Apple Pay, promise to keep our data safe, but with iCloud security being what it is, many Americans have made their doubts very clear when it comes to trusting their personal financial information to a company that couldn’t keep celebrity selfies under wraps.

But I’m not here to be another fear-monger. Apple Pay is likely incredibly secure. Still – public trust is a difficult thing to win back, and many people are likely looking for an alternative that feels safer, even if, in practice, the opposite is true.

So: with public trust in our financial institutions at perhaps an all-time low, what are those alternative payment options? And do they stand a chance of replacing credit cards, which – for most of us, anyway – have simply become too ubiquitous and convenient to readily abandon?

Let’s find out by taking a look at some of those options.

It’s interesting that several of the most promising credit card alternatives look, well, just a little bit like credit cards themselves. One of the original leaders in the post-credit card world was Coin – an all-purpose payment card that began its life on Kickstarter. Unfortunately for early backers, repeated delays have pushed the release of Coin into an undisclosed part of 2015.

Somewhat more promising is Plastc, which has promised to do a better version of everything Coin is meant to do. Both of these cards claim to be safer than traditional credit cards, and can hold information from multiple credit, debit, and loyalty cards – all in a single, card-shaped device.

You’re probably asking yourself how consolidating all of your payment options could possibly mean a safer way to pay. It’s a fair criticism, until you realize that both Coin and Plastc have built-in loss prevention. They’re tied to your smartphone, which means you’ll receive an alert as soon as you start walking away from your card. In other words, it would be very difficult to leave it behind.

Best of all, both of these options should work with virtually every point-of-sale device in America. Whether either of them actually manages to deliver on their lofty promises remains to be seen, however. Like Coin, Plastc is expected to launch sometime in 2015.

What If You Need to Keep Your Credit Cards?

I’d understand if tossing out your credit cards sounded a bit like a baby/bathwater situation. It probably goes without saying that even something like Apple Pay, which uses technology that’s already baked right into existing phones, won’t catch on in the retail world overnight.

So when you need to pay at those mom and pop stores you love so much, you’re still going to need to pull out that credit card. So what can you do to keep yourself safe?

If – for personal or practical reasons – you want to hang onto your George Costanza-esque wallet, there’s help there too. It just means you’re taking your safety into your own hands.

Credit card fraud remains a pernicious threat in America, even (and perhaps especially) as we gravitate toward more purely digital solutions. Credit cards will likely remain ubiquitous for quite a while, which also means that the same old safety problems we’ve been dealing with for years are also probably not going anywhere.

A new infographic from Native Merchant reveals some of the most common credit card mistakes that can lead to fraud – even in the year 2014. These classics include writing your PIN number right on your card and failing to monitor your credit. It’s also worth a look to discover which of the 50 states is the worst in the country for credit card fraud. New Jersey residents: you’ve been warned.

Living in the Future

No matter how you choose to pay for your next cup of coffee, it’s pretty clear that we’re living in interesting times. With new technologies come new opportunities – as well as new threats. As with anything else, it helps to keep your ear to the ground about new security developments. But with any luck, time and patience will reward us with a payment option that’s truly secure. Until then, a little vigilance is called for.