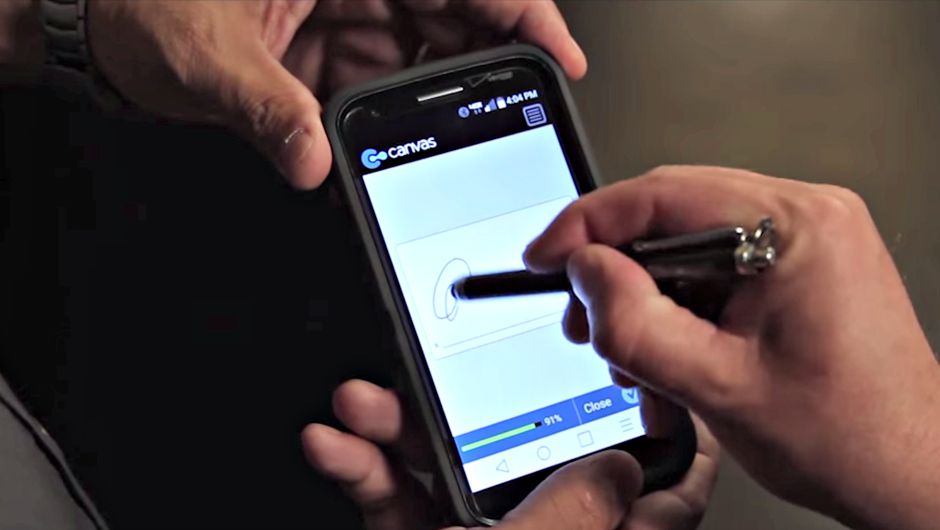 With the advent of digital technology, it's become clear that many previous forms of communication and documentation create an excessive amount of paper waste. You go to the grocery store and make a purchase? You get a receipt. Need a crack on your windshield replaced? That’s another receipt. Purchase a candy bar for under a buck at a newsstand? Another receipt for you. At the going rate, businesses are essentially like Oprah: you get a receipt, and you get a receipt, everyone gets a receipt!

Canvas, a Washington DC metro-area startup that provides a cloud-based SaaS mobile app platform, has been on a mission since its inception to reduce paper-based waste, and their latest PDF Designer tool furthers that mission. This new tool will allow companies to create digital receipts, invoices, and forms using existing company data and information.

Digital receipts are certainly not a new concept; however, most businesses still rely heavily on the paper version. Other digitization resources or platforms can be pricey or may require switching to a new payment vendor who can support it such as Stripe.

Like Canvas’ primary offering, which allows anyone to create mobile apps that replaces paper forms and other business documents without coding, PDF Designer has a simple user interface for drag-and-drop functionality. The tool also makes it easy to customize and brand receipts. Rather than generating basic receipts or automated ones from other vendors, the PDF Designer allows documents to become engaging, and even allows promo codes or social media links to be added.

For example, “Now a HVAC services company can not only convert its paper invoices to mobile versions, it can take the data most relevant to customers and create a trash-proof, customizable invoice with images of the work done, coupons for follow-up service, and a customized layout to differentiate from competitors,” said Chris Morrisette, Chief Architect and Co-Founder, Canvas. “The Canvas PDF Designer empowers businesses to not only collect information with Canvas and mobile devices, but easily customize the output and make it valuable inside and outside of the organization. There’s nothing else out like this.”

Canvas’ PDF Designer is included in their current pricing model that ranges from $13-$31 per user per month (with an enterprise option as well). According to a statement, the company also recently announced a new Microsoft Excel plug-in that “allows businesses to access and analyze the data around work processes and forms captured with Canvas apps, and puts access to Canvas directly inside Microsoft Excel.”