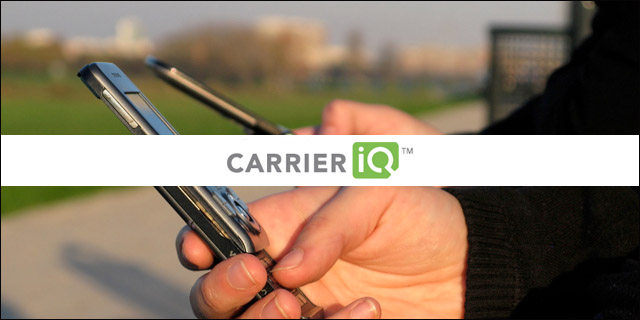 Is your mobile browsing activity being tracked without your consent?  The answer to this controversial question seems to be yes, at least in part.

The Mountain View based Carrier IQ, “the leading provider in Mobile Service Intelligence Solutions to the Wireless Industry,” currently has a major spotlight shining on their business practices, and not for the right reasons.  The mobile software company is under a lot of heat for accusations that it's software tracks mobile phone users' keystrokes and incoming text messages.  Most troubling of all, short of hacking your own phone or using an external tool, it's almost impossible to know if Carrier IQ is on your device.

The firestorm was originally started by Trevor Eckhart with the YouTube video he posted three days ago.  Eckhart's video has already garnered over 1 million views.

Is Carrier IQ running on your phone?  The Carrier IQ software is currently used on 141 million mobile devices in the United States. Sprint, T-Mobile and AT&T have confirmed that they do use it (good move not trying to sweep it under the rug).  Verizon has said that they don't.

From the hardware side of things, RIM and Nokia have both said they don't install Carrier IQ on their devices.  Apple has said that “most products” using iOS 5 don't support the software either and added that a future software update would remove it from all devices.

Android users can use Eckhart's Logging TestApp Pro to see if their phone currently runs the Carrier IQ software.  If your iPhone is updated to iOS 5, it's likely the software is already off your phone.  To be certain, go to Settings > Diagnostics & Usage > select “Don't Send”.

If Carrier IQ is running on your phone, would you care?  Would you feel differently about the service if it were opt-in?  Let us know in the comments below.