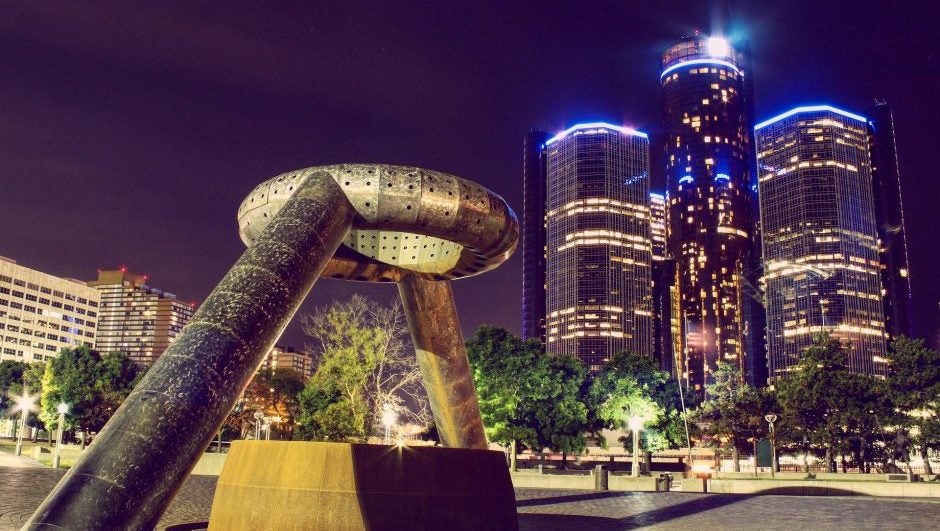 Despite being a historical economic powerhouse, Detroit has undeniably fallen on hard times. However, with innovative entrepreneurs making moves and an economy that is ready to reclaim its former glory, the Motor City is poised for an impressive resurgence. And if you need some convincing, JPMorgan Chase as 150 million reasons to believe in this Michigan gem.

In tandem with Detroit Startup Week powered by Chase for Business, JPMorgan Chase has announced they will be increasing their initial investment in the economic recovery of Detroit to $150 million by 2019. This announcement comes after the original $100 million, five-year investment turned out to be two years ahead of schedule. Pretty impressive for a place once known as the largest US city to ever declare of bankruptcy.

“Detroit’s resurgence is a model for what can be accomplished when leaders work together to create economic growth and opportunity,” said Jamie Dimon, Chairman and CEO, JPMorgan Chase, in a press release. “This collaboration allowed us to speed up our investment and extend our commitment over the next two years. Going forward, I hope business, government and nonprofit leaders will see Detroit’s comeback as a shining example of how to put aside differences and work to find meaningful and innovative solutions to our most pressing economic problems.”

The goal of this investment is to build upon the city’s progress, create livable, inclusive, and sustainable neighborhoods, arm residents with the skills needed for high-quality, well-paying careers, and provide small businesses with the capital they need to succeed. JPMorgan Chase has invested $107 million in loans and grants in Detroit's economic recovery, including $50 million in community development financing, $25.8 million to revitalize neighborhoods, $15 million for workforce development, $9.5 million for small business expansion, and $6.9 million in additional transformative investments.

“JPMorgan Chase has been a true partner in our work to restore economic growth and opportunity in Detroit,” said Detroit Mayor Mike Duggan. “The firm's investments have enabled thousands of Detroiters to receive training, created new opportunities for entrepreneurs and revitalized neighborhoods. There is more work to do, and I hope our continued partnership will build a thriving economy for all Detroiters.”

Economic challenges are no stranger to Detroit. But this investment, along with the entrepreneurial spirit of the Motor City, is another step in the right direction. It will utilize everything in Chase’s arsenal to strengthen underlying organizations and create system-wide changes that will improve citywide workforce development strategy. Before you know it, this Michigan city will be the thriving economy we all know and love. 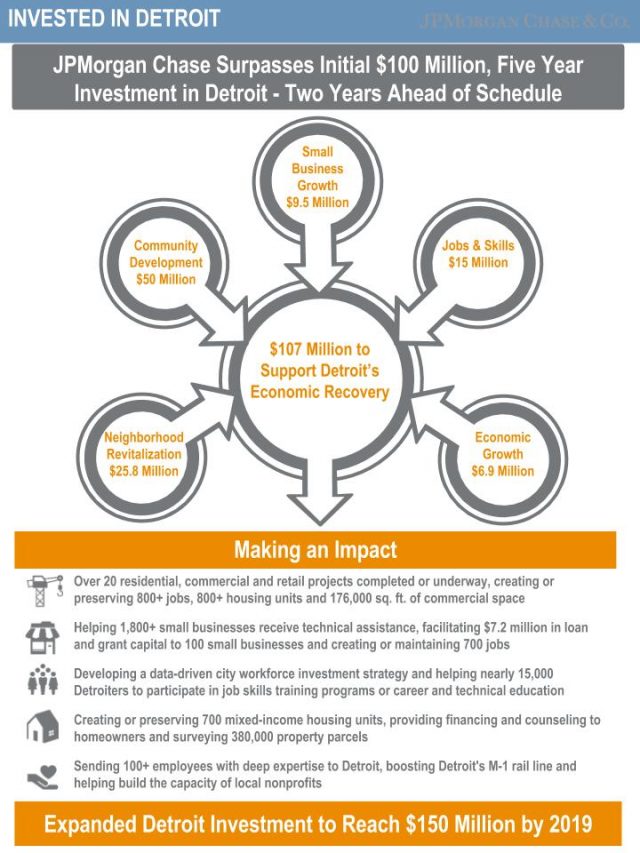