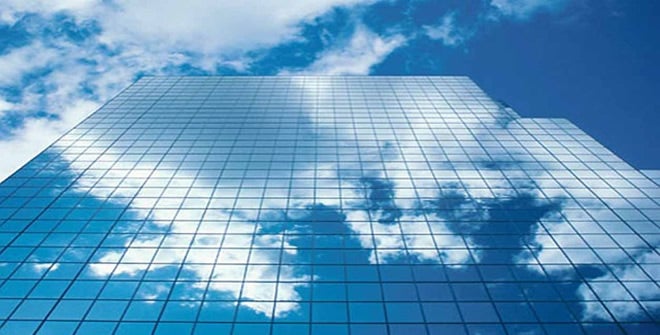 Cloud computing is currently one of technology’s hottest topics. The sector is growing rapidly and some are warning that it could be the next big tech bubble. It is clear to most Chief Technology Officers of major corporations, though, that it is a technology with a rich history that is sure to continue going in the right direction.

A Brief History of Cloud Computing

In the 1970’s the mainframe concept from the 50’s was built upon by the IBM Virtual Machine. This allowed multiple virtual systems to be on a single node. This was perhaps one of the biggest innovations in preparing cloud technology for where it would go in the future (today amd tomorrow). Every user had their own custom operating system that included CPUs, hard drives and networking.

By the 1990’s costs of cloud services were lowering, but services were still only offered as single dedicated point to point connections. Telecommunications companies started to offer quality service on their dedicated servers that helped to lower costs further. The Internet was starting to become more accessible and the next logical step for cloud computing was going to be taking it online.

Hardware costs coming down created a shift in the way that those who had servers thought about using the resource. The frame of mind changed from splitting servers up to, how can I combine several servers creating more space that can be used? This was the basic starting stance for cloud computing as we know it today. When you install and configure software called a Hypevisor, which goes across multiple physical nodes, you are able to allow the whole of the system to be segmented out as needed.

According to Red Hat CEO Jim Whitehurst, “This will be the year when cloud architectures go from experimentation to deployment, where big data goes from promise to production, and when we get our first glimpse at how these innovations could potentially change our world.” The last several years have seen customers slowly toying with the cloud and learning how to navigate and integrate better.

However, now in 2014, we are seeing users taking bigger steps into the cloud and making significantly more use of what it has to offer. Amazon.com has one of the largest clouds currently, where users can use the AWS cloud not only for application development, but also for production.

David Turner, CEO of Grouplink and SkyCentral, a cloud software company that services the biz-op space, expounds on Whitehurst’s thoughts.  “We as a company have made significant investments in cloud technology. We believe that most organizations will rely heavily on cloud technology for their business operations and IT needs due to the financial benefits. Cloud-delivered software is a boon to medium-sized companies that have the need for enterprise solutions, but may not be able to afford the infrastructure of an on-premise solution.”

What the Future Holds for the Cloud

Cloud computing is going to continue expanding its reach and depth into our lives, both personally and commercially. Studies have concluded that within the next five to 10 years, more than half of all information technology will be in the cloud. This cloud computing phenomenon will have a major impact on nations like China, Brazil, Russia and India that are currently far behind in the market. These markets will be able to take advantage of the rapidly decreasing costs of upgrading infrastructure. They will be able to have access to the cloud and further technologies as a result.

One concern that has slowed, but not stopped the growth in the cloud, and which will continue to be addressed in the future, is security. The government of Singapore even took steps and launched a cloud security standard to help combat the concern. As more countries begin to explore the cloud and take advantage of what it has to offer, we can be sure to see more companies and countries offensively combating security concerns; they will have to in order to build trust in the lucrative financial and banking sectors, as well for personal consumers.

The cloud is a major part of the future of technology and is promising to be one of the fastest growing global innovations over the next few years. Asia Pacific is being tagged as the leader in growth in the next three years and is projected to generate over 1.5 zettabytes of cloud traffic annually by 2016 — at that time it will be the largest in the world. It is difficult to see how companies and consumers will thrive without it in the future.