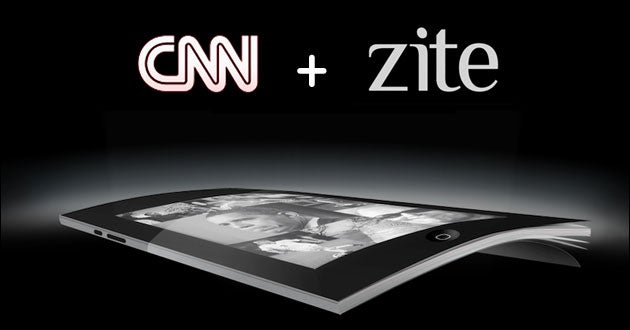 Personalized news iPad applications received more validation today as CNN acquired Vancouver-based startup Zite, a “personalized iPad magazine that gets smarter as you use it,” for over $20 million, though no official details were disclosed. Zite never took any venture capital funding and, rather than raise a round, decided to be acquired to partner with CNN.

Zite CEO Mark Johnson had this to say about the acquisition:

“We at Zite are thrilled about combining forces with CNN to create the world’s greatest news discovery platform.”

This makes a lot of sense, because an application like Zite creates another distribution mechanism for CNN to engage users while on a mobile platform. However, a recent tweet from Mark Johnson contradicted this notion stating that,

“…there will be no corporate pressure to pull CNN content. our algorithms will remain agnostic. keep enjoying your zite!”

This is the first exit for a personalized news mobile app, which makes it significant. The space is extremely competitive, rivaling the personalized startpage wars of the web 2.0 area.  Companies like Flipboard, FLUD, Aol's Editions, News360 and Yahoo's Livestand among others are all competing for the daily news consumption routine, which is often a first point of contact for a user each day.

The CNN press release shared that Zite would remain a standalone unit with its executive team continuing to run Zite’s operations from San Francisco.