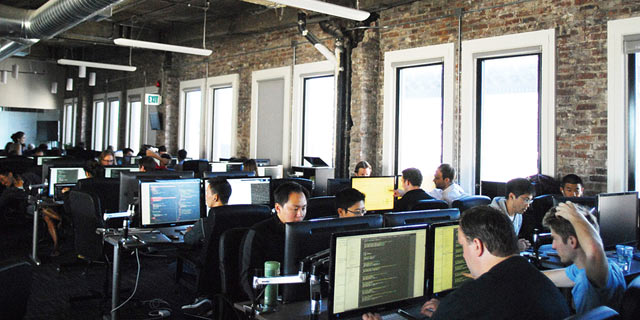 Today, San Francisco-based Hack Reactor announced their acquisition of Austin’s MakerSquare, their first deal in a plan to develop a network of coding bootcamps.

MakerSquare, which also has a campus in San Francisco, will stay independent and start using Hack Reactor’s JavaScript curriculum.

Although MakerSquare has said they won’t replace college education anytime soon, they might be changing their tune a bit.

“The current higher education system does not sufficiently empower and serve people,” says MakerSquare CEO Harsh Patel. “This is a fact on a national and global level. I am confident that by joining Hack Reactor, together, we can make a large dent in transforming the old education system into one that focuses on student outcomes.”

MakerSquare even invites students to live in a Dev House, which they call “off-campus housing.”

Both schools have 12-week programs, and apparently 99% of Hack Reactor graduates get jobs, with an average starting salary of $105,000. Their program is particularly intense, with 11 hours of training for six days a week.

Hack Reactor is calling its strategy of acquiring and partnering with other coding bootcamps an “extension school” program, and I can’t help but call to mind the networks of universities like the University of California. But those networks are mostly limited to state schools; perhaps coding bootcamps will have better luck at working together and improving quality through collaboration.