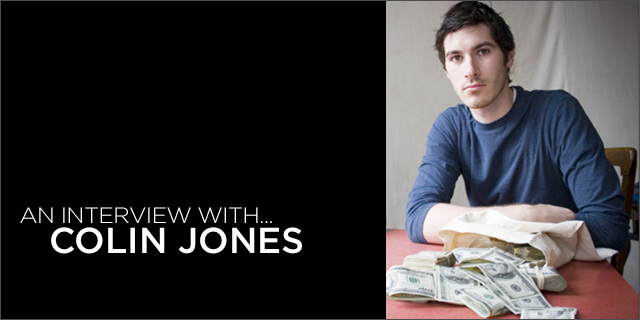 The first time blackjack player Colin Jones went to Vegas, he lost a whopping $40,000 and still got kicked out of the Bellagio for card counting. But he would later win $50,000 in one sitting – a night when he felt he couldn’t lose.

“You remember the losses more than the wins – it’s just so painful when you’re losing,” says Jones.

In many ways, gambling is like entrepreneurship. The odds are stacked against you, unless you cultivate your own unfair advantage or delicious secret sauce. You could have a rousing success one day and an utter failure the next, and your emotions can swing along with them. And the key is staying level-headed and being persistent.

So it’s no surprise that, when Jones began to tire of blackjack, he parlayed his card counting expertise into entrepreneurship. He’s the cofounder of Blackjack Apprenticeship, a community website with resources for card counters. They’re the creators of the popular iOS app Blackjack Card Counting Trainer, and today they announced plans to develop a card counting training app for Google Glass.

Like many entrepreneurs, Jones is motivated by something other than money. In 2003, he read some card counting books, took $2,000 of his savings (with his wife’s permission), and tried his luck at blackjack. Within six months, he and his partner Ben Crawford were making over $100 per hour on average and had turned an initial $11,000 into $100,000.

But something funny happens when you carry around tens of thousands of dollars in your pocket, losing and winning just as much in a single day – you start to care less about money. Instead, expert blackjack players care about “EV,” or expected value: the amount of money you expect to make in a given time period. By card counting, players can shift the odds slightly in their favor and create a positive EV (say, a few hundred dollars an hour).

“Before, work was something that I clock in and clock out to do, to make the money that I need to live off of. Now, I view work as more like farming – I go and I plough the fields. I go and I work, and I don’t know when I’ll get paid for it. . . . And I don’t care if I get paid today, tomorrow, next week, next month, or next year,” says Jones.

“I’ll live off of ramen everyday to create value because I know that’ll pay off, and I want to see the fruit of what I’m doing.”

Jones found his deeper motivation around 2006, when he and Crawford started a group of card counters who shared profits. Interestingly, the group was mostly Christian and became the subject of a documentary called Holy Rollers: The True Story of Card Counting Christians. They found a noble purpose for what might seem like an un-Christian activity: they were taking money from a corrupt institution.

“There’s something satisfying about taking money out of a business that really preys on people’s naiveté or sells false hopes to usually the most disenfranchised,” says Jones. “All their advertising says, ‘Come win, get lucky!’ They never say, ‘Come play a game where you’re guaranteed to lose if you play long enough.’”

Instead of speaking the word of God, they were speaking the truth about casinos: educating people that card counting is not illegal, and that the jackpot dreams propagated by casinos are mostly an illusion.

In the end, Jones’ group ended up making over $4 million in total profits, which helped him fund his startup. Even more than resources and education, his goal is to provide a community to help card counters deal with losses – which still occur about 45 percent of the time.