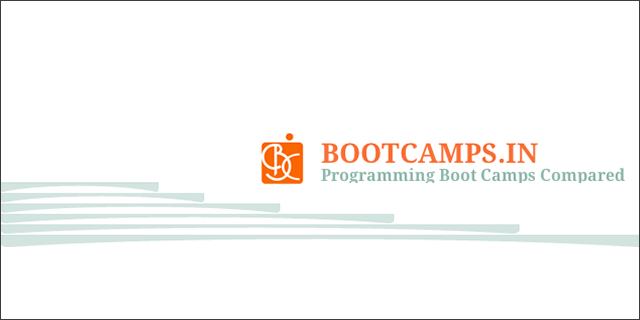 Bootcamps.in is pretty straightforward: it’s comparison site for hacker schools and programming bootcamps. You get all the information you need to make a decision: languages taught, class size, price, and even job placement services. Anyone can leave comments or reviews on their experiences.

But the story behind Bootcamps.in isn’t so straightforward. When quality engineer Dmitri Ivanov was rejected at App Academy, he poured himself into research about other programming schools. That research led to a rather disappointing conclusion: he couldn’t afford any of them. (App Academy, in contrast, has no fee but takes a percentage of your salary if you get a job afterward.)

So he did the next best thing: he decided to build a website with all that research. After recruiting  a friend to help, they decided to work on two versions of the site and have their friends judge a winner after one week. Bootcamps.in and its sister, Bootcamper.io, were born. But Bootcamper.io was born two weeks late and, having spent so much time and effort in labor, Ivanov’s friend didn’t want to give her up. So the two sites remain.

Where does Ivanov stand now? Bootcamps.in has seen over 1,000 users in the first three weeks, with daily submissions of new bootcamps. So he might try to make money through referral fees for sending candidates to hacker schools.

Or, he might just start one himself. Right now, he’s running some software to figure out the perfect bootcamp. It pulls data from Craigslist job listings, analyzing which type of programmers are in demand in which cities. It pulls data from Google Trends, analyzing where people are searching “learn Javascript” or “learn Ruby on Rails.” If he finds a match – a city with lots of demand for programmers, and lots of people wanting to learn – the student once rejected could become the one making the decisions.