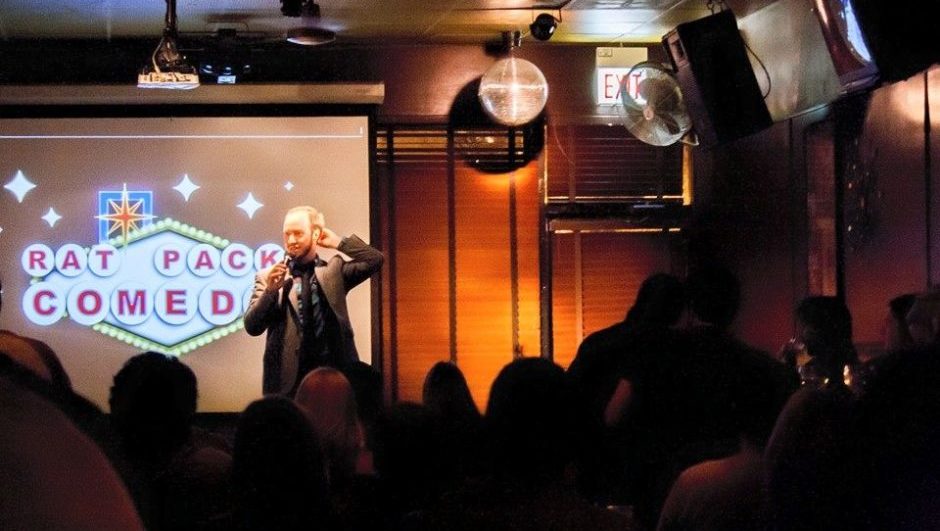 While being the senior writer at Tech.Co is a dream come true, my passion for stand up comedy has been years in the making. In 2009, I stepped in front of a crowd of approximately 250 people and fumbled through a set that I had been repeating in my head for no less than two weeks. I paused at all the wrong times, I mumbled through punchlines, and I made fun of the people hosting the event. And by the end of my seven minutes on stage, I knew I would be doing this for the rest of my life. 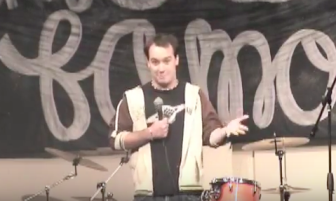 Now, eight years later, I run a showcase in Chicago, I've performed in notable comedy clubs around the country, and I no longer get noticeable pit stains before going on stage. But this process took a lot of practice, too many late nights, and an absurd amount of failure. Sound like anything you might be familiar with? That's right, entrepreneurship.

While they live in incredibly different worlds, entrepreneurs and stand up comedians have a lot more in common than they're likely willing to admit. Between the sweatshirt and flip-flops fashion sense and the beer and Doritos diets, these two groups of people shoot for the top, fail often, and compete with the best of the best.

Practice makes perfect. It's the adage of nearly every performer, founder, and competitive eater in the entire world. And while everyone understands that success comes from actually engaging in your desired field, comedians and entrepreneurs are forced to learn by doing, rather than practicing. And tragically, “doing” comes with an unpopular by-product when you're just starting out: failure.

You can't get feedback about new jokes by doing them in front of a mirror. Likewise, running a pretend startup to “see how things turn out” yields little to no knowledge about how the business world actually functions. In both cases, you need to get your feet wet with real life experience to have any chance of succeeding in the future.

Not only are entrepreneurs and comedians forced to endure failure on a regular basis, but they actually benefit more than any other profession from doing so. The more you fail, the more you learn, and in entrepreneurship and comedy, there is more than enough failure to go around.

“Go down with the ship, do whatever you can, and learn with it. Just make your sets not as long and boring and un-watchable as Titanic,” said Tommy McNamara, sports headline contributor for The Onion.

Every field has varying levels of competition. Whether you're a salesperson or a data scientist, there's always going to be that one person that wants to make you look bad to make it to the top. However, when it comes to comedians and entrepreneurs, your competition isn't some schmuck with a customized bobblehead and a three-shirt rotation that says stuff like “I got a bad case of the Tuesdays!” You're competing with some of the most prolific people in the world.

Whether it's Elon Musk or Hannibal Buress, comedy and entrepreneurship are both defined by an unprecedentedly skilled talent pool that is more than intimidating; it's down right terrifying. To make matters worse, there is a notable lack of viable metrics for measuring early-stage success in these fields. This can lead to a bevy of awkward encounters with comedians and entrepreneurs that are far above, or far below, your experience level at pitch competitions, local showcases, and any other event that pits these two innovators against their respective peers.

While comedy and entrepreneurship are rife with sensational failure and ample competition, the saving grace of these strenuous professions is quite simple: when you succeed, you succeed spectacularly. Whether it's becoming the next Uber or landing a special on Comedy Central, the top of the mountain in these fields can only be described as awesome; the kind of awesome that comes with global adoration, universal recognition, and more free stuff than you could ever know what to do with.

While this level of success makes a fall from grace that much more painful, it doesn't matter. Even a brief stint in the spotlight is enough to validate a lifetime of botched elevator pitches, unbearable open mics, and people laughing at you, rather than with you. Plus, you finally get to tell your family and friends to shut up when they ask, “So when are you going to be on Saturday Night Live/Shark Tank?”

There is no middle ground with comedy or entrepreneurship. These fields are defined by the extreme, and they are not for the faint of heart. To be a comedian or an entrepreneur, you have to be stupid. Stupid enough to want to fail. Stupid enough to compete with some of the most impressive people in the world. And stupid enough to think you can succeed in the face of insurmountable odds.

So be stupid. If only because the journey is a lot of fun.