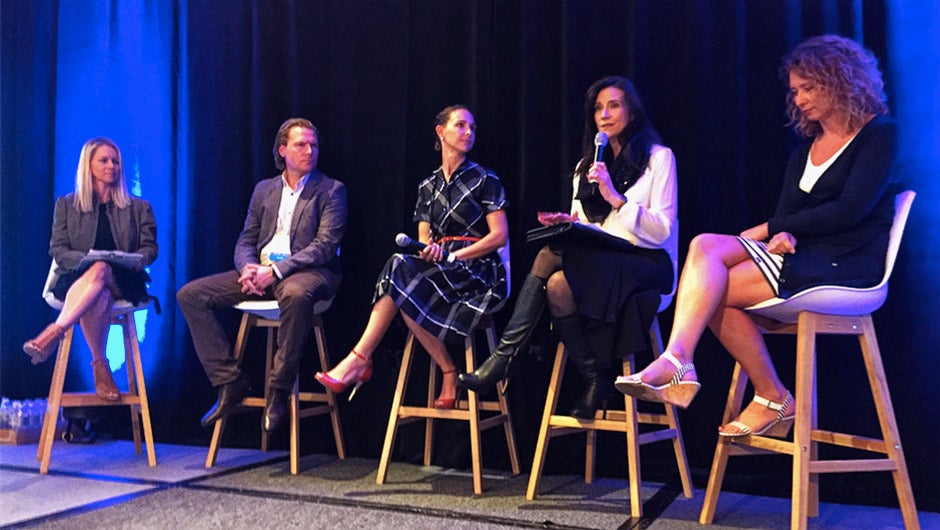 After a delicious lunch in the shadow of the San Jose Museum of Art, Innovate! and Celebrate attendees were treated to a panel discussion on the ups and downs of startups and corporations partnering with each other. The panel consisted of some heavy-hitters in the business world, including Kira Blackwell of NASA iTech, Andrew Romans of Rubicon Venture Capital, Natasa Djukanovic of Domain.ME, and Aleda Schaffer of American Airlines, all hosted by Tishin Donkersly of Tech.Co.

Startups and Corporations Can Get Along

Given the split numbers of corporate employees, startup CMOs, and venture capitalists, the discussion provided an interesting dichotomy of the corporate-startup partnership world. Whether it was giving advice on what startups need to do to lock down a corporate partnership or discussing the red flags for corporations partnering with under qualified startups, the speakers were adamant about one thing: startups and corporations aren't that different.

“They both have the same goals in mind,” said Aleda Schaffer. “We both need customers, we both need revenue, and we both need to improve the customer experience. Without that, you won’t have repetitive customers, and that’s how you build to success.”

As the speakers emphasized, there's a lot to gain from these types of partnerships on both sides of the table. From capital and resources to influence and attention, partnerships between corporations and startups are good for business. Particularly when you're having trouble getting off the ground on your own.

“The opportunity to partner with a corporation will help you grow fast nationally and internationally,” said Andrew Romans. “They have strategic motivations beyond their financial motivations.”

While startups and corporations have a lot in common, it can be a bit shocking to jump on board with an organization that is in a very different place in terms of their business progression. And if both don't have find a way to bridge the gap between the two, a lot of problems could arise before you even get started.

“It can be overwhelming for a startup to partner with a corporation if they didn’t have mechanisms in place to help ease the transition,” said Kira Blackwell.

…But Hold on to Your IP

As time dwindled, speakers were asked to explain their general thoughts on partnerships between startups and corporations. A lot of conflicting thoughts came out of this topic, including one panelist referring to corporations as “the enemy,” but the best takeaway was the need for startups to avoid selling out their vision for a corporate sponsorship.

“It’s great that you can have a corporation to invest in you,” said Natasa Djukanovic. “But holding onto your IP and to your babies is even more important. If you can hold onto it, you should. It’s important to hold onto your idea, and how you came up with your idea.”

Check out the full panel discussion from Innovate! and Celebrate below: