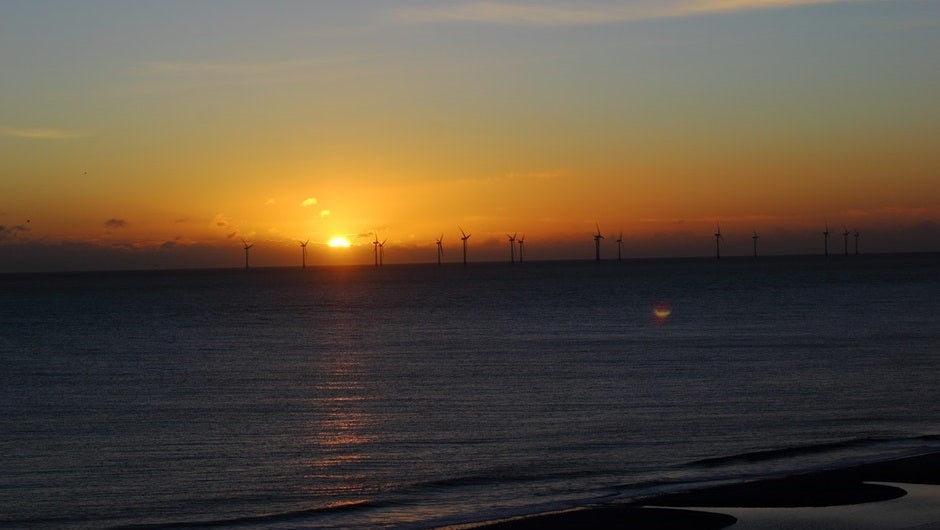 Those who doubt the benefits of renewable energy sources typically cite their costs, calling them prohibitive. But the same attitude misled many back when computers were the size of an entire room: The massive computer cost meant no one would ever get a personal one. Flash forward fifty-odd years, and we have personal computers the size of watches. We might be seeing a similar tipping point with the dropping cost of a windfarm relative to the energy it generates.

Vince Cable, the leader of Britian's Liberal Democrats, is calling for a reassessment of their energy plans, given nuclear plants that are going up in the future at three new locations: Wylffa in Wales, Sizewell in Suffolk and Bradwell in Essex.

“The spectacular drop in the cost of offshore wind is extremely encouraging and shows the need for a radical reappraisal by government of the UK’s energy provision,” Cable told The Guardian.

Also quoted in the article were energy analysts Cornwall Insight, saying “the epoch of renewables as the most cost competitive technology has arrived,” and the Economist Intelligence Unit, which states the prices indicate “the trajectory of cheaper renewable technologies is irreversible”.

Analysts seem to agree: the costs, reach, and market penetration of renewable energy are all greater than predicted. Those claiming offshore windfarms ten miles out at sea are “an eyesore” have yet to be quieted, though one could point out that the smog avoided by a combination of wind and nuclear energy is far worse.

Now we just need to start work on that portable cold fusion unit from the end of Back to the Future.

Read more about advances in renewable energy here at TechCo.