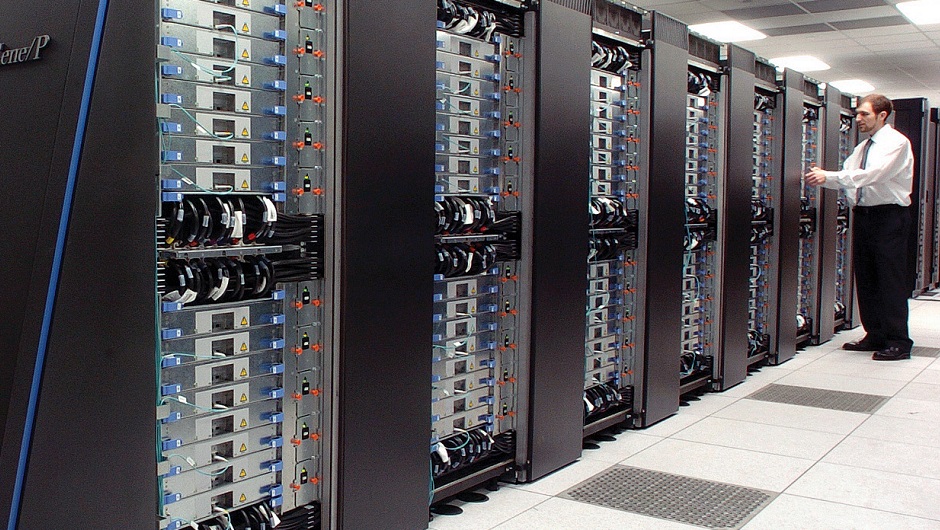 Supercomputers are changing the world, whether you're aware of it or not. To date, supercomputers have aided in cancer research, brain mapping, weather prediction, explaining our origins and a bunch of other weird things. Locked away in cold rooms, these behemoth machines work tirelessly on man's greatest problems. But how much do you actually know about supercomputers?

In this article, we look at what makes a supercomputer and which countries are at the height of technology with the best and most powerful supercomputers.

What Is a Supercomputer?

Simply put, petaflops are an extremely quick transfer of information. The most powerful supercomputers in the world today are capable of performing up to 93 petaflops.

In order to make supercomputers so powerful, thousands of processors are linked together in a massively parallel structure, which allows them to work simultaneously on a single operation.

All that processing power comes at a great cost, though. Supercomputer maintenance isn't like keeping your home computer cool and clean! Cooling supercomputer systems can cost millions of dollars a year, even before the energy cost to run the computers themselves. For this reason, computer scientists and engineers are always looking for ways to make supercomputers more energy efficient.

How Do We Use Supercomputers?

Scientists and researchers depend on supercomputers to perform complicated calculations regarding human health, space, chemistry, weather prediction, and more. They are also used to make highly accurate 3D models for use in infrastructure.

Tasks which would be too difficult for standard computers, or which would otherwise take years to compute, can be done with ease using a supercomputer.

While many countries have at least a few supercomputers, there are three countries which stand above the rest with the size and power of their supercomputers, as well as the sheer quantity. These countries are at the height of computer engineering, and have promising programs in place to keep it that way.

Japan has been creating world-class supercomputers since the early 80s, starting with the LINKS-1 Computer Graphics System. Since then, the country has only become more serious about producing next-generation technology.

This small set of islands is home to 29 supercomputers in the top 500. The next closest country is Germany, with 26 supercomputers, yet Japan beats them out with 39 million maximum gigaflops of speed and three times the amount of processing cores. Besides Germany and the other two countries on our list, no other country even comes close to Japan's computational prowess.

The University of Tokyo's Information Technology Center is also responsible for producing the commercial version of the K Computer, called the PRIMEHPC FX100. Capable of running at top speeds of scaling to over 100 petaflops. This computer ranks 98 on the Top 500.

While the K Computer is the only Japanese supercomputer in the top 10, there are other important supercomputers from this country. For example, the Gravity Pipe system, capable of a mere 64 teraflop speeds, was celebrated for its efficient energy use.

With a focus on making supercomputers more efficient, not just more powerful, Japan has earned itself a place in the top three countries dominating supercomputer technology.

Titan, one of the world's most famous supercomputers, resides at the Oak Ridge National Laboratory in Tennessee. This machine is a hybrid, using both central processing units (CPUs) and graphical processing units (GPU) and can reach speeds in excess of 27 petaflops. This incredible accomplishment is used to aid in molecular research, in simulating molecular interactions, as well as simulating galaxies. Being able to work on both extremely small and extremely large scales like this has earned the Titan #3 spot on the Top 500.

Another American supercomputer of note is Sequoia, the computer which usurped the K Computer for the #1 spot in 2012. Since then, the Sequoia has dropped to the #4 spot, right under Titan. While Sequoia was originally designed for nuclear warfare simulation, it also performs other operations, like those for medicine and astronomy.

With scientists and researchers pushing for more opportunities to use these supercomputers in order to solve many of humanity's most pressing problems, the U.S. is likely to put even more effort into growing their supercomputer systems.

Earning its place as the #1 country for supercomputer domination hasn't been easy for China. While they have long been contenders, it's only in the last five years that they have cemented their place. With an incredible 168 supercomputers capable of speeds over 367 million gigaflops, even the U.S. must bow to China's superior technology.

The latest and most impressive addition from China is the Sunway TaihuLight. This machine is capable of a staggering 93 petaflops all by itself, making it the most powerful supercomputer on earth by a wide margin. Not only is it the quickest supercomputer, is also ranks as the third most energy efficient supercomputer.

As if that weren't good enough, China is also home to the next most powerful supercomputer on the Top 500, the NUDT Tianhe-2, which performs at up to 33.86 petaflops. That's right — not only did China hold the previous first place entry, but they outdid themselves by producing a machine with almost three times the speed.

China's determination to outperform themselves and to keep creating new, more efficient and more powerful machines shows that they have the longevity to remain relevant in the supercomputer race.

The Future of Supercomputers

These three countries may appear to have a stronghold on supercomputing technology, but that doesn't mean it will always be the case. Countries like Germany, the UK, and Saudi Arabia are also contenders with incredible advances in computer engineering. Only time will tell if these giants of technology will be able to keep dominating the top 500 charts.

I am a reader, researcher, writer, editor, traveller, yoga-doer, meditation-practitioner & tech-freak. I am movie-buff, cricket-fan & nature-lover. I believe that technology has made our life comfortable and extended our reach but at the same time it has made us addicted to it.