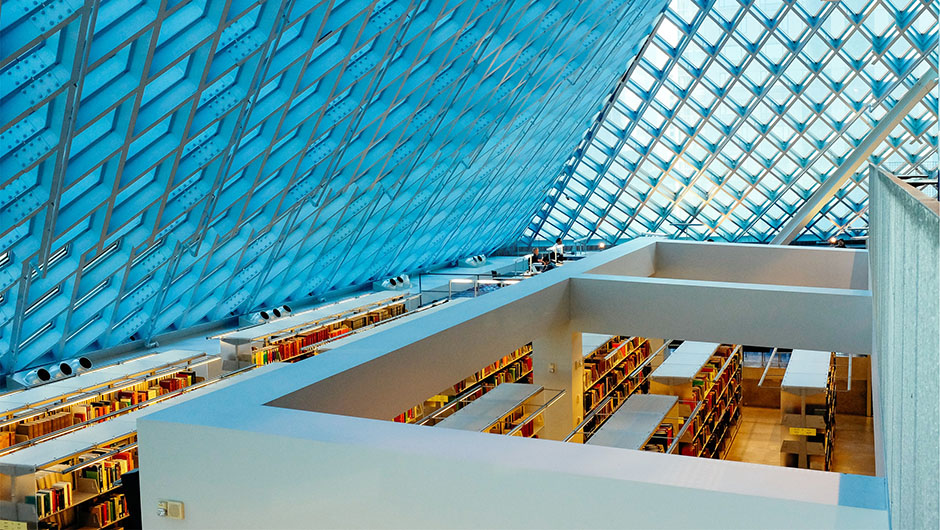 According to a recent report released by the World Economic Forum, the United States is not doing enough to leverage their human capital. The World Economic Form's Human Capital Report 2015 shows that the U.S. doesn't even rank among the top ten countries in the world with populations that are both highly skilled and highly educated.

The report from WEF utilizes a Human Capital Index, which quantifies how various countries are developing and deploying their human capital,and tracks that progress over a period of time. The index takes into consideration several factors, including the education levels of those members of the population who are employed, unemployed, and inactive, as well as measuring the qualifications of all entrants to the workforce. Primarily, the goal of the report is to find which countries invest more heavily in their human capital per education and skills training. 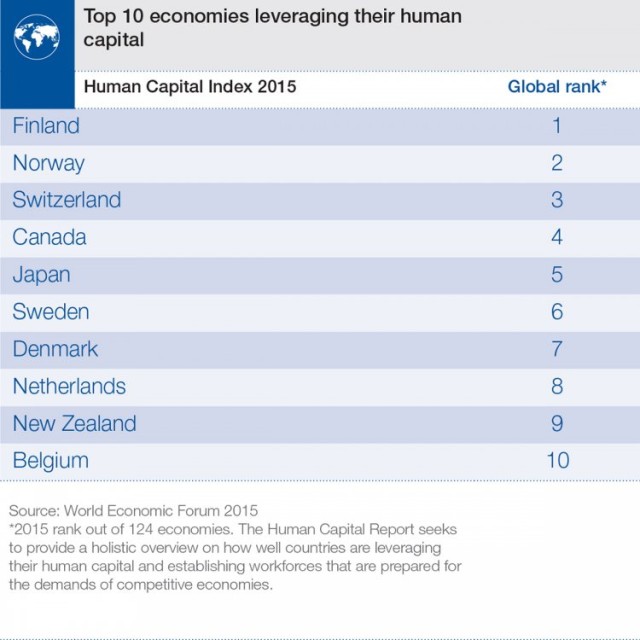 Looking at the global rankings, the United States fails to grab a spot in the top 10 list. Coming in at first place is Finland, which honestly is the least it surprising considering that Finland has some of the best teachers in the world. Neither is it surprising to find Switzerland come ranking at number 3 – the country invests heavily in education, with a teacher salary at the highest average among any country (approximately $68,000 in U.S. currency). The U.S. doesn't come in until number 17, ahead of Lithuania and the United Kingdom.

Last month, the World Economic Forum also released its 2015 Global Information Technology Report, which looked at how countries fared in terms of their digital savvy. Comparing countries that make both lists, it's not too hard to see that there is a connection between the availability of tech and digital resources and the power of human capital. Indeed, in that set of rankings, Finland places second in terms of having the institutions and resources conducive to creating tech advancements.

What's shocking, though, is that Singapore – a country whose education system is hailed by policy makers everywhere, and who tops WEF's Global Information Technology Report – placed 24th in the WEF's Human Capital Report. It seems that while their education system is top-notch, there's to be a disconnect or mismatch in the skills between those who are employed and unemployed in the country.

You can take a look at the full set of rankings from the World Economic forum here, or you can read the 2015 Human Capital Report in its entirety.