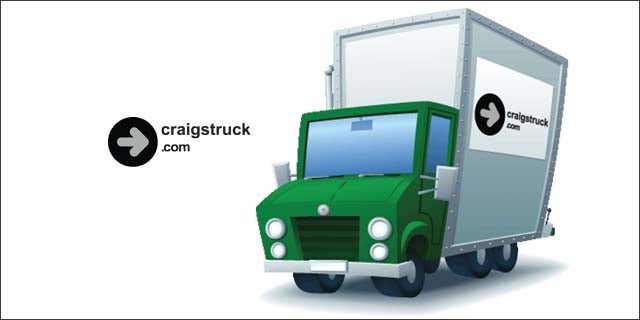 Most people have had a time when they desperately needed help hauling something that could not be crammed into the back of a Prius. Most people also know an unfortunate person with a truck who got the call to help. However, thanks to Craigstruck, the awkward days of begging for said help are over.

Craigstruck connects people who need something hauled with people with a truck, instantly. Founder Mike Hanson was, and still is, that guy with a truck. “I came to a point in my life where I had nothing but a truck and a place to crash,” said Hanson. “Rather than sitting around wanting more or feeling sorry for myself, I decided to put what I had to good use. I started advertising my services and excelled at simple pickups and deliveries.” The floodgates were opened for Hanson, and soon he found himself being frequently called upon for help.

Hanson worked hard to fit more into his niche, but it became increasingly clear that customer concerns revolved around a singular issue. “I heard the same thing from customers time and time again: they were worried about picking a random guy and a truck online,” Hanson explained. The solution for Hanson was the implementation of mandatory background checks for all drivers who sign on with Craigstruck. His goal here was to provide customers peace of mind via ultimate driver transparency, and it was a success.

“Things were going so well; I gave my service a name, built a website, and came up with a mission to connect people who need a truck with someone who has one,” Hanson recalled. But what would stop somebody from going directly to a moving company? The argument could be made that Craigstruck and moving services are basically the same. However, there is one massive difference between the two that leans heavily in favor of Hanson’s grand idea: time.

Moving services tend to be booked weeks in advance, and getting a same-day appointment is all but impossible. Craigstruck, on the other hand, is an instant dispatch. When a call is placed, a truck is sent out immediately. This comes in handy when buying large items on Craigslist or for bulk shopping at Costco. So the next time you need a truck at the drop of a hat, give Craigstruck a chance, and let them do the heavy lifting for you.

Craigstruck was a showcased startup at the Tech Cocktail Seattle mixer in September.