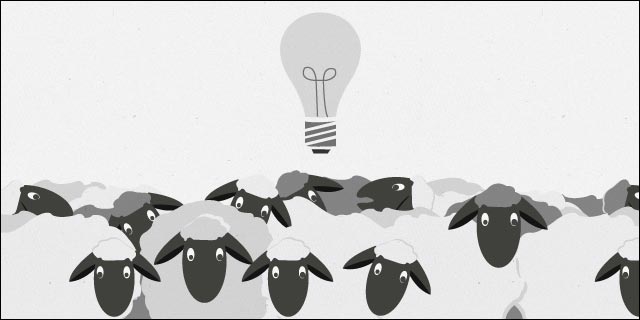 Most of us in the tech world are familiar with websites such as Kickstarter and IndieGoGo. The crowdfunding phenomenon has been kicked into high gear, in part by recent manifestations over the last couple of years in a variety of popular online news media. There have been stories ranging from personal accounts of highly successful independent ventures which began in someone's living room, to accusations of the rules being bent for celebrities promoting already well-known franchises through the platform.

There has been another brand of news story, however — one that appeared off and on in the odd little corner of the Internet, but which has failed to gather as much attention as the positive side of things… and small wonder. Cynical as modern society might be, we all still love to read about someone we can identify with suddenly realizing their dreams and making it big. We feel good for them. We feel like we might have a chance, too. But, things don't always go as planned.

The type of story I'm referring to is that of the crowdsourcing failure. The account of how one man lost his house, and another lost everything he owned, while a third saw his project tank after an initial success, which left him unable to keep up with the demands of pre-orders. These stories range from the relatively fixable everyday snafu to the completely irretrievable fubar, and while this kind of thing can—and does—happen every day in the business world, it is perhaps worth paying a little more attention to in the area of crowdfunding.

The Death of an Opera House

For the last 70 years, give or take a few months, the New York City Opera has operated as an accessible venue to a unique blend of performing arts. A night out at the Opera was a night on the town; it was a good night. That is at least until the last decade or so, when the venerable institution hit upon difficult times. Recently, after borrowing heavily against its endowment, the NYC Opera announced that it needed 20 million dollars to complete its upcoming season—and 7 million dollars to survive beyond the month of September, 2013. A valiant effort was made to attract funds from private backers, including an outreach to the public through an appeal made via a campaign on Kickstarter.com, for $1 million.

By the end of the campaign, on September 30th, the NYC Opera had attracted only $301,000 toward its million-dollar goal, despite more than 2,000 donors pledging funds. Within three days, the New York City Opera filed for Chapter 11 bankruptcy, after 70 years of dedication to the performing arts. It's a sad chapter in American history, and a simple reminder of something that many would-be Kickstarters (and ‘ees) forget; simply attracting attention, and getting the money rolling in, doesn't mean you're going to see your goal made into reality. Sometimes, an idea simply won't bring in enough. You need to look at what it is you are offering, and what kind of popular support it already receives from the public at large; a $1 million campaign is already an ambitious project for Kickstarter, regardless of what arena (or opera house) it's in.

All Eyez on Zion

ZionEyez was a crowdfunding effort toward the release of a marketable pair of glasses with a built-in microphone and camera, which would have been capable of streaming live content to the Internet. The campaign was a phenomenal success when it was held. ZionEyez wanted $55,000 to fund their project. They actually received well over $340,000 dollars by the campaign's end, but fell prey to a common mistake among inexperienced entrepreneurs. They wildly underestimated the money and technical wizardry that was absolutely critical to getting their project off of the ground — despite the fact that ZionEyes CTO Joe Taylor came to the company from Flip, which made millions of dollars in the mobile camera market.

ZionEyez promised glasses to their backers by the end of 2011, with a marketable product available by 2012. While a single prototype model was tested in late 2011 by Engadget (to a reception best described as ‘lukewarm,' with not-so-supportive praises like “We should all remember that this isn't the final version”), the glasses have still not materialized to this day. What makes this story particularly tragic, in terms of its impact upon public perception of the crowdfunding scene, is that ZionEyez had a genuine concept, the will to undertake the endeavor, and at least some reputation for being tech savvy. Backers have yet to see their promised rewards materialize, and the $340,000+ which was raised by the Kickstarter campaign has not been refunded. This is an all too common occurrence in the bricks-and-mortar business market, but anything that fails so spectacularly online raises inevitable doubts of the viability of conducting similar operations in the virtual theater of dreams.

Little-known software company Canonical briefly made big news with its plans to launch a “desktop PC and smartphone in one,” the Ubuntu Edge, in August of 2013. Additional furor was generated by their announced plans to launch an ambitious crowdfunding campaign to secure the necessary funding. In what is still being called a “series” of cool ideas that were just too crazy for their time, Canonical set out to raise a mind-boggling $32 million via IndieGoGo, by far the less successful of the two most well-known crowdfunding websites. They chose this platform in part because it allows creators to pursue partial, as opposed total funding, which is one of Kickstarter's requirements.

The $12.8 million which was raised by the end of Canonical's IndieGoGo campaign was a record-breaking smash for the website, and a bitterly dismal failure on the part of the campaign's intentions. Needless to say, the Ubuntu Edge is still not with us, and Canonical had to return the entirety of the $12.8 million to their would-be backers for the underfunded projected.

What We Can Learn

Perhaps surprisingly, the overall feeling one takes away from researching some of the stories about crowdfunding failures is not entirely negative. It's easy to see, when looking through the (occasionally epic) failures and frauds, where a little bit of common sense (and a good measure of preparedness) would have gone a long way toward stopping things before they spun out of control—even if you can't always ensure, or insure, 100 percent against every potentially disastrous outcome. If you keep a level head on your shoulders, invest your time and resources wisely, and be diligent about what you contribute to as a backer, you're far more likely to come out of things ahead of the game. Sometimes, there's even a lesson to be learned when your best efforts and finest intentions turn sour. Perhaps you can mine out that missing quality or a valuable piece of wisdom you can apply to your next attempt, whether it's crowdfunded or more conventionally funded.

In the vast majority of cases, projects that fail to reach their goals on a crowdfunding website are simply that–they are projects, which deadpanned, with nobody being particularly less well-off for it (save for, perhaps, the erstwhile creator whose dream was deferred to another day). This article is not intended to besmirch the idea of crowdfunding, or to debase the methods of the websites that funnel it into creative and technologically innovative endeavors; it is meant only to encourage a second look, and to serve as a reminder that crowdfunding isn't a magical bank in the sky from which money either flows freely, or doesn't come at all.