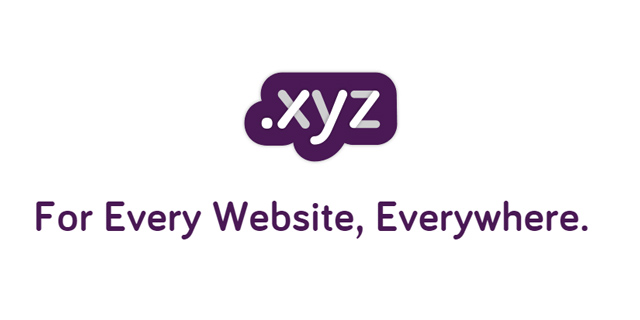 Back in 2009 Daniel Negari had the dream and desire to start his own domain extension – a generic top-level domain that worked like a .com, .net, or .co. It wasn’t just random fancy though; in fact, Negari spent a long time in the domain business and was able to diagnose the need for a true generic alternative.

What did he cook up in his mind? For Negari it was simple: .xyz. Why? Because it’s short, simple, used worldwide, and it has a natural ending. Growing up we learn that the alphabet ends in X, Y, and Z, so why shouldn’t a domain extension echo that teaching? To him, it made absolute sense.

The real question here was how to slay the giant. Negari went out and bought ‘xyz’ as a domain name and signed up with a registrar so he could sell the extension to the public similarly to GoDaddy. While working on the software, the small team opened an application window where they discovered they could in fact apply for their own top-level domain.

“Forget about the registrar business, I said,” says Negari. “This is my dream, and it was time to make it happen. I dropped my registrar and focused 100 percent on making xyz happen.”

The 300 page application process didn’t kill Negari’s dream, though it slowed him considerably. He went days without sleep, and after everything was completed and submitted the grueling two year wait period began. It was worth every minute.

In 2013 Negari was finally approved for the domain extension .xyz, but he wasn’t able to fully launch until June of this year. Ever since the launch however, there’s been a huge increase in distribution via registrars; the other top-level domains were starting to pay attention to this dark horse.

“I set out to really disrupt the name space and bring competition and choice to the marketplace. That’s what I’m about – bring a low cost alternative to .com and let people pick from the 116th million .com, they can get one of the first couple million .xyz. We’ve had great utilization.”

He’s in the trenches with multi-billion dollar companies now, like Google and Amazon, standing firm in his idea to change the internet. Therein lies one of the biggest triumphs that helped take Negari to these new heights: he overcame the idea of being an underdog.

But how do you compete with a company that can throw millions of dollars at any problem that comes there way? Negari’s innovative, entrepreneurial spirit flourished in the face of that question.

He didn’t let anybody tell him his dream was impossible. He followed his passion. He never gave up. And that meant he didn’t sleep for days on end, but until you get where you need tobe that’s what you have to do.

“Life is about sacrifice,” says Negari.

Beyond sacrifice though, Negari employed some brilliant business tactics to focus on precisely who is customer is. You might think that it’s the people registering for domains, but you’d be wrong. In fact, Negari’s customer base is filled with registrars like GoDaddy, Gandi, and Network Solutions.

“I can’t help but feel like I accomplished the first phase of my mission,” says Negari. “The next 10, 20, 30, 50 years will define what .xyz is as people start to use it for different purposes.”

To that end .xyz will employ a multi-phase marketing approach to enter new markets on a weekly basis. They’re working with registrar partners to inform their customers that .xyz is a creative, low cost, and unique option.

As the registry grows, the marketing will take care of itself as .xyz is further spread across the internet and more people hear about it. True, .com had a 25 year head start on .xyz, and it’ll take time to penetrate the market that deeply. But Negari is off to a stellar start.

“This is a marathon, not a sprint,” says Negari.

When I interviewed him for this article, Negari told me that .xyz saw 750,000 registered domains that day alone. And that, folks, is your A-B-Cs, .X-Y-Z.