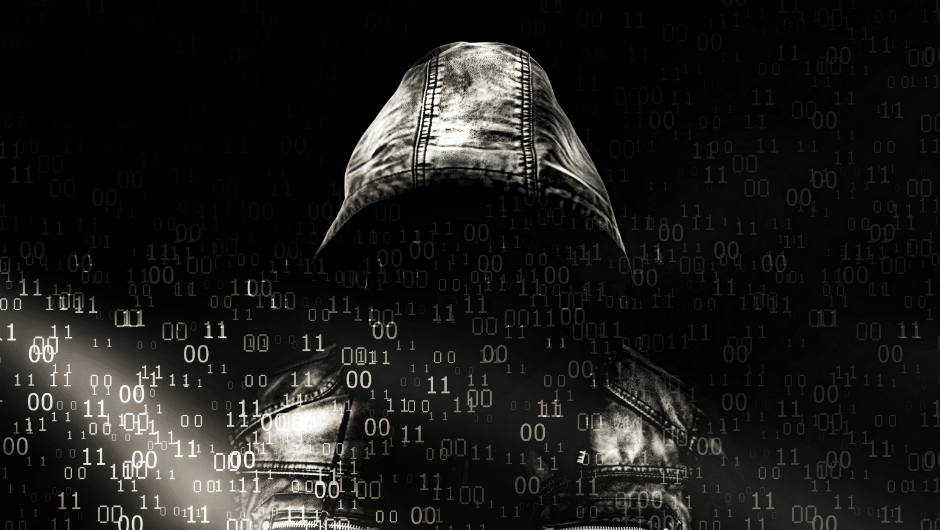 The internet is great. Not only has it allowed for an unprecedented level of connectivity around the world, it's also ushered in a new age of innovation. On what seems like a daily basis, internet-enabled technologies are changing daily life for everyone from toddlers to seniors. Between smart homes, mobile devices, and robot dogs that can open doors, the world is an infinitely more interesting and enjoyable place thanks to the internet. However, like most things, there is a seedy underbelly to the internet that most of us never see. That is, of course, unless you buy illegal drugs there.

Commonly referred to as the dark web, this secret section of the internet effectively acts as a kind of black market, giving criminals access to a variety of unsavory elements like weapons, drugs, and a bunch of other stuff you'd best avoid. Thanks to the use of cryptocurrencies and the special software required to access it, transactions on the dark web go widely undetected, an understandable perk when it comes to engaging in these decidedly illegal activities. But, how safe is it really to buy illegal drugs on the dark web?

Not that we're in any way condoning the practice, but, according to one study, the dark web is indeed the safest place to score. But, while your physical safety may be more assured, the likelihood of being ripped off or receiving a poor or unsafe ‘product' can increase online.

The dark net and drugs

The study from the National Center for Biotechnology Information found that criminals purchasing illegal drugs on the dark web experienced significantly fewer threats to personal safety (3 percent) and actual physical violence (1 percent) than they did with other sources.

When it comes to buying illegal drugs, safety is no small matter — even drug deals between friends can go awry when money or addiction is involved. The prospect of solving illegal drug purchasing's safety problem via online purchase seems pretty tempting.

Unfortunately, the numbers aren't all good when it comes to buying illegal drugs on the dark web.

The pitfalls of buying online

Despite the obvious moral and legal perils of performing illegal transactions on the internet (even supposedly undetectable ones), buying drugs on the dark web has a whole bevy of unique problems.

The study reported that, while the dark web was the safest place to buy illegal drugs, those attempting to purchase often experience loss of money, long waits and sometimes didn't even receiving the product at all. And, illegal or not, those are some pretty bad pitfalls for anyone attempting an online purchase.

Who's buying drugs on the web?

Buying drugs on the dark web clearly has its ups and downs. But who exactly is participating in this illegal activity, despite the many risks?

The same study showed that 82 percent of dark web drug purchasers are male, with the median age falling at 22 years old. As far as which countries are most involved in dark web activity, a separate study gives us a good idea of the global dark web problem. 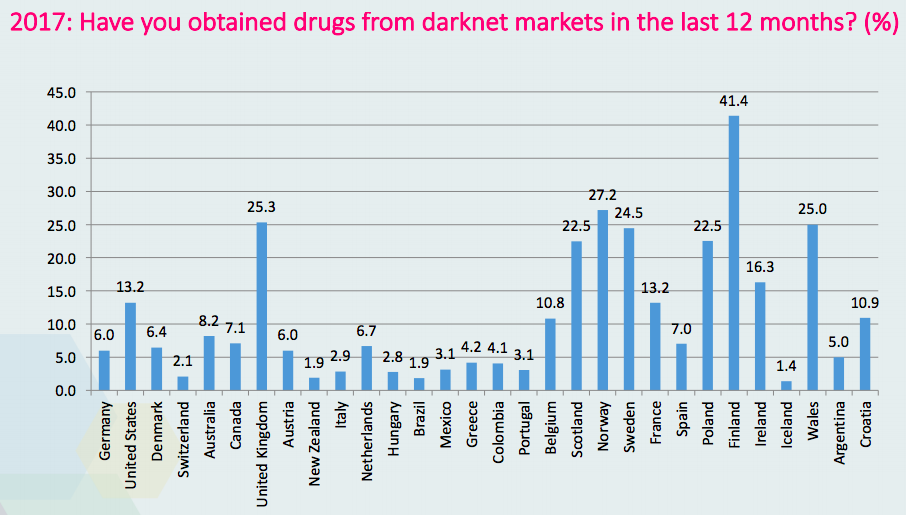 As you can see from the Global Drug Survey 2017, Finland easily has the most dark web users purchasing drugs, with nearly half of their respondents insisting they've done it before.

As for second place, it's pretty close, with Norway, the U.K., Scotland, and Sweden all within a few percentage points of each other. Although, we can all admit that it's hardly a competition worth fighting for.