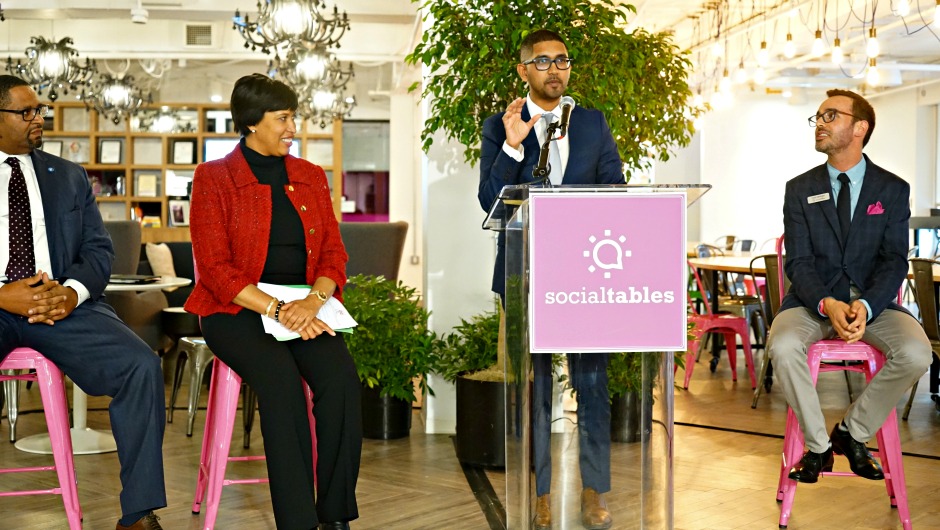 The theme of the night was about DC’s continued transition from a government workforce to a technological focused one, and how each part of the government plays a role. From shared resources to drawing in experienced professionals, the tech focused private sector is growing as a result of government investments and partnerships. This is not to say they are the single point of advancement, but a contributory factor.

“Washington DC is indeed a place for tech,” said Mayor Bowser. “There is another kind of misperception about Washington, and that is we’re just a government town. “Between 2011 and 2015 for example private sector employment grew more than 11 percent,” said Mayor Bowser.

Much of that growth is the result of tech startups in the area. Building on the successful growth of the private sector, DC’s government has further invested in the community through partnerships such as the Tech Hub at Howard University, programs with 1776, summer coding camps, and other educational opportunities and strategic hires.

“Without tech companies like Social Tables, we wouldn’t be able to tell the great story that we can tell,” said Mayor Bowser. The company recently moved into a new 30,000 square foot office as a result of their success. We are turning DC into a smart, digital city. We know we can also be a hub for exclusive tech, and we want you to be our ambassadors.” DC’s government is looking to its community to encourage new technology and companies to move to the area. This is also one of the primary reasons they continue to create such a large presence at the annual SXSW festival and conferences.

“One of the reasons why we have so many smart engineers, pure scientists, technologists, in DC now is because a lot of them worked for the federal government or contractors,” said Mayor Bowser, discussing the need to share said resources across local, federal, and private sectors. For example, the mayor’s office created a war room of technologist to identify the best way to handle the record-breaking blizzard that dumped two to three feet of snow on the area. It's more than just solving business issues, but also community issues and basic human rights through technology.

“I think investments by the Obama administration and the convening power of the president can actually help accelerate small businesses, accelerate discovery, and that’s a way that pushes the entire nation forward, particularly Washington, DC,” said Aiyer. “So that’s why you’ve seen over the arc of this administration record investments in advance manufacturing technology. Record investments in precision medicine, which allow you to have better health diagnosis and health outcomes.”

This investment also includes Vice President Biden’s new task of curing cancer, as noted by President Obama during the 2016 State of the Union Address. According to Aiyer, by investing in the local advancement of technology and startups in the Washington DC area, the federal government hopes that those who benefit will one day give back in the form of their service.

By investing in tech and teaching the next gen to code, federal gov believes that workforce will join their ranks pic.twitter.com/3lE8jRoQau