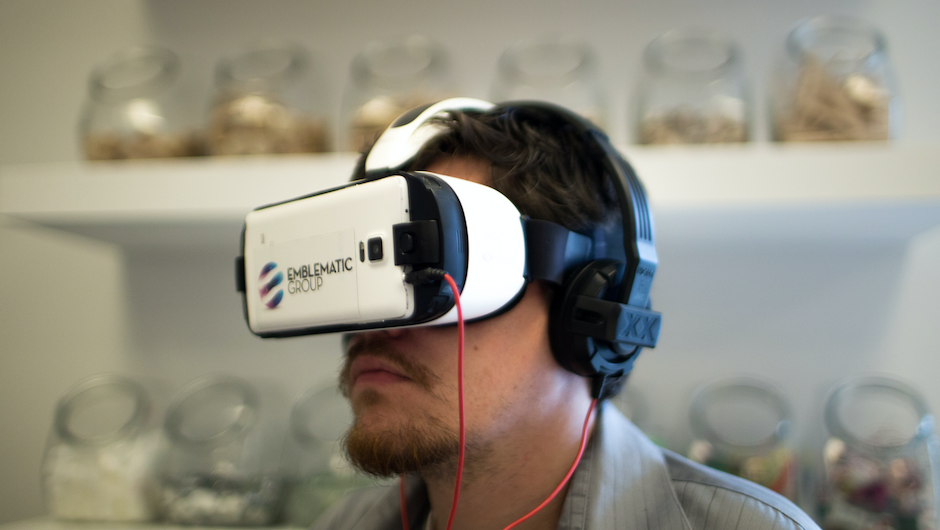 Virtual reality is still waiting for its Pokémon Go. While devices have become readily available to consumers and experiences are being had all around the world, the mainstream popularity has still eluded the innovative technology. However, with many production companies building virtual reality into their budgets, it's only a matter of time before the technology's big break comes a-knocking. And one project is going to substantially speed up the process.

“Invisible” is poised to be the start of something beautiful as far as virtual reality content is concerned. It's a scripted supernatural drama series in VR and is the first major use of this technology. Doug Liman, a future-forward director known for the “Bourne” series, “Mr. & Mrs. Smith” and “Edge of Tomorrow,” has partnered with Condé Nast Entertainment, Jaunt VR, Samsung and his production company 30 Ninjas to produce the new series. He's even brought on Melisa Wallack, the Oscar-nominated screenwriter of “Dallas Buyers Club,” to add to the hype.

As many know, the visual effects of virtual reality are not the only component in making it successful. As is the case with any entertainment industry project, sound will play a huge role in the production of “Invisible.” Christopher Lennertz and Alexander Bornstein will be in charge of the musical score, and their wealth of experience should help ease the transition into virtual reality content. Lennertz currently scores the CW's “Supernatural,” while Bornstein has experience with notable shows and movies like Hulu's “Spooked” and Mendez's “The Last Heist.” And they're pretty excited to tackle this new challenge.

“Scoring ‘Invisible' was definitely a new process to us,” said Lennertz and Bornstein in an interview with Tech.Co. “One of the most exciting things about the show is that everyone working on it was figuring out how to do this for the first time as well.  So, we had plenty of latitude to try any crazy idea we could come up with.”

The mini-series premieres on October 6th to excited viewers and tech junkies alike. Yes, the project is going to be difficult to tackle. While the medium is far from proven, virtual reality has had problems with everything from mass consumer participation to people getting sick when they use it for too long. But with a star-studded cast of creators, a popular genre, and commitment to ushering in a new era of entertainment, “Invisible” is sure to turn a few heads in the entertainment industry and beyond.