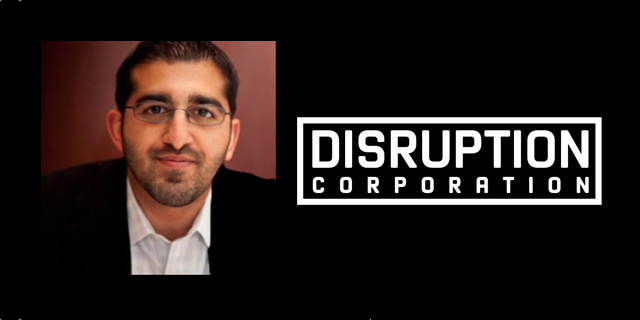 Today, Paul Singh’s Disruption Corporation announced that they are creating the Crystal Tech Fund to invest in post-seed startups. According to an SEC filing, it will be a $50 million fund.

This brings Singh full circle, from being a partner at Dave McClure’s 500 Startups in Silicon Valley, to launching his own startup, to now launching a fund on the East Coast in DC.

According to the blog post, the Crystal Tech Fund is looking for post-seed tech startups who have achieved product-market fit and revenue. For Singh, post-seed refers to funding amounts from around $250,000 to $1 million. They’ll start funding within the next 30 days.

It might seem odd that Singh left a fund (500 Startups) to start a fund, but he sees it as a natural evolution. 500 Startups was focusing on early-stage startups, but the opportunity is now in the post-seed space, he believes.

“That early-stage layer of the VC and funding market is essentially a solved problem now,” says Singh. “For me, this was the next logical step – to create a fund that would be able to fill that gap that’s now appearing between the seed round and the ‘traditional’ Series A.” In essence, he’ll be addressing the Series A crunch – where lots of seed funded startups are competing for an unchanged amount of Series A VC money.

Besides the fund, Disruption Corporation also educates founders and investors, with email courses, Q&A resources, and a weekly newsletter. Led by Singh, the team of eight hopes to help entrepreneurs fundraise and help investors get better returns.

The startup Singh launched, Dashboard, is just a part of that. Dashboard lets founders compare their metrics to their peers. Dashboard spawned Indicate, which collects and analyzes data on startups and accelerators so investors can do research, keep track of their portfolios, and create watchlists. Indicate tracks over 65,000 startups and over 70 products, and is also part of Disruption Corporation.

These tools, Singh believes, are crucial to the future of venture capital. The VC business used to be about finding the good deals; today, it’s about choosing from the plethora of deals that are available on online platforms like AngelList. “The business of venture capital is changing,” says Singh. “I’m not sure that most VCs have started to change and adapt quickly.”