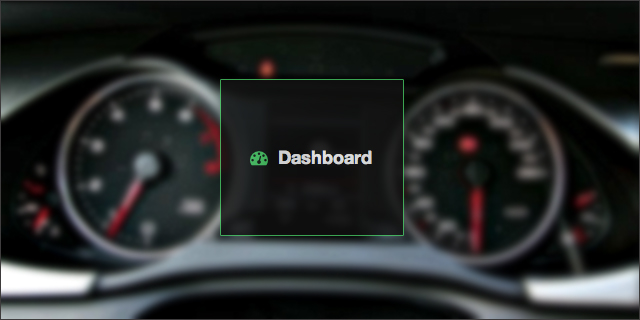 Today, 500 Startups partner Paul Singh stepped down from his position and unveiled his new startup, Dashboard.io, which just raised around $250,000 from DC’s NextGenAngels.*

Singh began working on the Dashboard.io technology before he even joined 500 Startups, but it became integral to the 500 experience. Over 400 accelerator companies got access to the platform, where they could communicate with each other and with mentors. By plugging in their website’s Google Analytics, they could compare their progress to other 500 companies.

As Singh opens up the platform today, he sees it as a way to innovate in venture capital. When new startups sign up using AngelList, Dashboard.io automatically gives them access to their investors’ communities, including other portfolio companies. Entrepreneurs can start having discussions, send private messages, and make comments. One of the main values that investors bring to a startup is their network, and Dashboard.io takes advantage of that – in a much more elegant way than oft-used Google Groups.

“This thing is so deceivingly simple, but it’s amazing that no VCs have really innovated in this space,” says Singh, who has heard rumblings that communities like TechStars are building an internal platform. 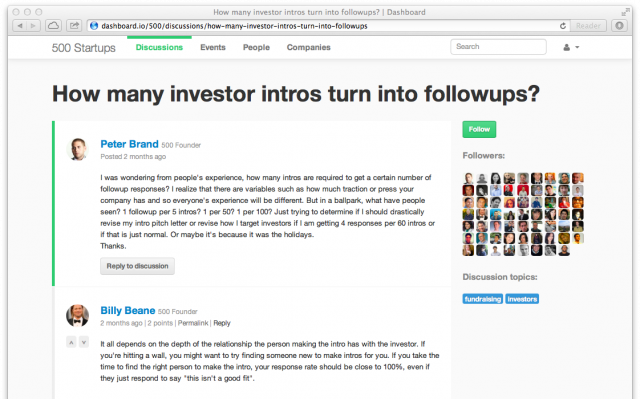 But the most intruiging feature is yet to come: over the next few weeks, Dashboard.io will start rolling out access to aggregate data. In exchange for sharing their website’s metrics, startups will be able to see how they compare in fields like unique visitors or pageviews (as the 500 Startups crew has been doing). Venture capitalists can also sign up for a free account and communicate with their startups, but they’ll have to pay a fee to see how their portfolio companies stack up.

(Singh is quick to note that investors won’t be able to see specific data on any of their portfolio companies, just how their portfolio is performing compared to others.)

Although AngelList also allows for private messaging, Singh sees the two platforms as complimentary. Entrepreneurs can go to AngelList to meet investors and job candidates, he says; once they’ve started working together, they can communicate on Dashboard.io.

After giving a series of talks to angel investors, Singh sees this as a logical step for him. “It’s certainly exciting. I’m a founder – I guess once you’re a founder, you’re always a founder,” he says.

*Disclaimer: Tech Cocktail CEO Frank Gruber and COO Jen Consalvo are members of NextGenAngels, and they participated in the deal.