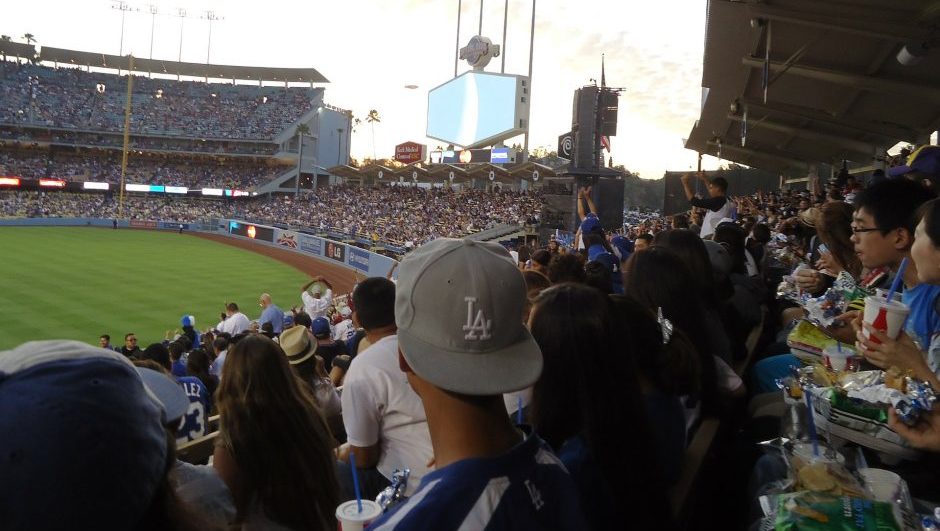 Last night, the Los Angeles Dodgers faced off against the Houston Astros in Game 1 of the World Series. The two storied franchises have endured epic championship droughts, which means that in just a few days, one city will be the happiest they've been in decades. However, there is another battle raging between the two teams that you're likely a little more involved in: social media. And, much like in Game 1, the Dodgers came out on top.

According to data from Sprout Social, the Los Angeles Dodgers mirrored their Game 1 victory by generating almost three times as much buzz as the Houston Astros. The Dodgers, along with their hashtag #ThisTeam, earned 316,059 on Twitter, while the Houston Astros, and their hashtag #EarnHistory, earned only 126,921. Similarly, the engagement peaked halfway through the game, with the Dodgers hitting 92,368 per hour and the Astros only reaching 30,864 per hour.

As an avid sports fan, it's hard for me not to shout, “Who cares!?” at the top of my lungs. However, for those that aren't burdened by super fandom, social media engagement is key for teams to build their empire. After all, without a social media presence, you have no fan support. And without fan support, you have no team.

“While the winners of the World Series will officially be decided on the field, engagement on social is a primary motivator for many fans,” said Andrew Caravella, vice president of strategy and brand engagement at Sprout Social.

“High-visibility events like this give teams an opportunity to turn fair-weather fans and undecideds into more connected, loyal followers, and each social interaction is a touchpoint along that path. If done well, igniting fans on social will show a lasting effect on fan loyalty and ticket sales for a true winning outcome—no matter which team walks away with the trophy.”

The reality is that sports is a business. Teams rely on ticket sales and marketing to keep fans in the seats, players on the bench, and hot dogs in the concession stands. And with social media becoming a necessity in the business world, engagement numbers are just as important as runs on the scoreboard. Well, maybe not that important, but it's definitely up there.

Read more about sports and tech at TechCo