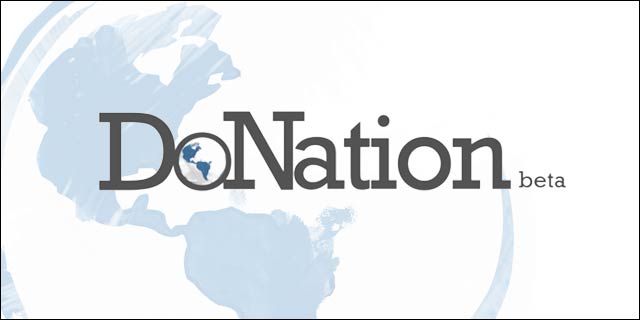 If you want people to show up to an event, give out free beer.

That’s probably psychology rule #1 of hosting events, and DoNation knows that. So the tech-savvy nonprofit set up events called “Do With Your Brew,” where local breweries give out free beer in exchange for donations to charities on DoNation.

DoNation’s first iteration of the event was at Asheville's Farm Burger, with 5 percent of beer sales and 50 percent of pint glass sales going to a local nonprofit. As DoNation ramps up, they hope to make this a recurring Friday night event – the next event is on March 26.

“One of our main goals is to make social good and donating or volunteering your time cool – and that’s something no nonprofit has really succeeded at,” says cofounder Evans Prater, 24, who is targeting the 18- to 30-year-old demographic.

DoNation is in the middle of an Indiegogo campaign to raise $50,000 to build iOS and Android apps. Founded in November 2013, Asheville-based DoNation now has over 200 organizations you can donate to. Prater would love to see people who have never donated getting on the platform and donating between $1 and $5 per month.

Working at the YMCA, Prater knows a thing or two about the psychology of donating. That’s why DoNation is social – on top of the “Do With Your Brew” events, users will soon be able to share their donations on Facebook and other social networks. We may hate to admit it, but it feels good to share our generosity with the world – and get others to donate, too.

With their upcoming smartphone apps, DoNation will also have immediacy on their side. When a natural disaster hits, they could send alerts to users inviting them to click a button and donate a few dollars. Knowing that you’re helping out a specific cause that’s happening now – along with thousands or millions of others – is powerful. “In times of emergency, even a few seconds shaved off of providing the money that provides relief can make a huge difference, especially on a large scale,” says Prater.

And of course, DoNation aims to be easy. At Prater's YMCA, the only way to donate is to fill out a form and write down your credit card number. “I personally think that’s just stupid,” he says, recalling a customer who whipped out his card hoping to swipe it and donate. Part of DoNation’s long-term plan is to set up DoNation stations at YMCAs and similar organizations, where people can donate effortlessly.

According to Blackbaud, Generation Y (ages 18-32) represents only 11 percent of total donations, but 62 percent would give via mobile phone. DoNation wants to use the psychology of giving – and some free beer – to make those numbers go up.