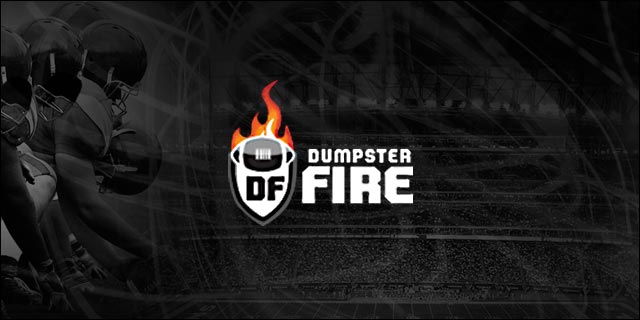 Summer is almost halfway over, but don't let that darker your spirits my friends. We still have plenty of sunshine, beaches, and great movies to come. And if you're like me, the end of summer isn't really disappointing because the fall has an abundant well of pleasures in and of itself.

In fact, I don't think fall lasts long enough. That's because the NFL season seems to start and end with the blink of an eye, and with it goes one of the most fun aspects of the year: fantasy football. We'll see the Atlanta Falcons on Hard Knocks (although it should have been the Rams) and news coverage about how Peyton will redeem himself from last year's super bowl, but most importantly we'll draft a season winning fantasy team (after all, how many years can you lose in a row?).

“We sport a simple design and interface with a modern, clean, and pleasing look,” says Cormier. “Clean design and lots of content don’t go hand in hand.”

It’s blatantly obvious to Cormier that he can’t compete with the likes of ESPN and Yahoo on the content side of things, so he’s focusing purely on gameplay. The UI is elegant, intuitive, and most importantly, functional.

“We didn’t take design inspiration from ESPN or Yahoo, but what we did do was take some functionality inspiration,” explains Cormier. “We really wanted to not re-invent the wheel here. Rather, we just looked at websites in general we thought were sexy, like social media sites.”

The question, though, is how you compete with these media giants. For starters, you could give new users the opportunity to win money every week. Any given week a Dumpster Fire user in a paid league with the highest score across the site is cut a $100 check.

The Dumpster Fire team has seen users in the $25 dollar league who got paid $300 in scores alone. Step two is letting the commissioners play completely for free regardless of if they’re playing for money or not.

“This helps eliminate people who tend to get down on themselves,” says Cormier. “Even if you’re 2 and 14, you still have a motivation to set a lineup because you can win that $100 – it keeps it way more competitive in the paid leagues”

When it comes to users switching platforms, Cormier is certain roll out the red carpet for his new Dumpster Fire users. You see, regardless of how big ESPN and Yahoo are, they’re not super great at making users feel like they’re really cared about.

Dumpster Fire goes the extra mile to make sure all their users are taken care of and enjoying the platform. Their initial development team, based out of India, were even transformed from from NFL-newbies to NFL-lovers because of Cormier, Rodriguez, and their passion for Dumpster Fire.

How did they accomplish that? It’s simple – they inspired fun via a personal, human touch.

“We cleave to one philosophy: let’s just have a fun time playing fantasy football,” says Cormier.

Personally, I’ll be in multiple fantasy football leagues this fall, but guaranteed one of them will be on Dumpster Fire.