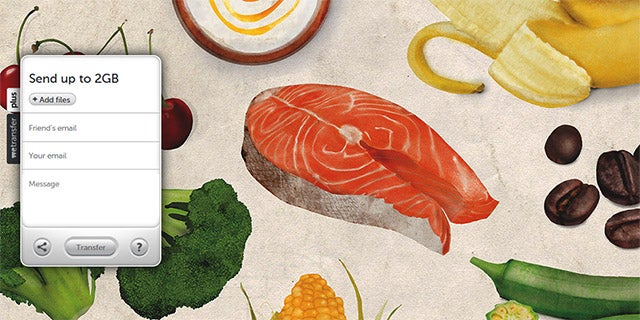 Dutch startup WeTransfer has announced that it has raised $25 million in a Series A round of financing to help accelerate its growth across the United States, as well as throughout Europe and elsewhere. This is the first round of funding for the Amsterdam-based company, whose Cloud-based service allows users to safely send large files as email attachments.

“Funding isn’t something we proactively looked for, but having been approached by a significant number of investors from across the globe in the past two years, we realized there were bigger opportunities to grow as a service and a brand.” said WeTransfer founder and CEO Bas Beerens in a statement. “When [Highland Capital Partners Europe] approached us, we had an instant connection. In addition to supporting us with funding, HCPE will offer advice and expertise to help us achieve our goal to build on WeTransfer’s brand and offering.”

Founded in 2009, WeTransfer has been entirely bootstrapped since inception. Today, the company has 25 million monthly users who send 70 million files each month. Since 2013, the company has been profitable, with its revenues doubling in the last year. Highland Capital Partners invested the $25 million into the company, which the company plans to use to develop its product portfolio and to help them spread their influence, specifically across the United States and Europe.

The file-sharing service competes in the same space as San Francisco, CA-based Dropbox (which has raised more than $1 billion for its Cloud services) and Los Altos, CA-based Box (which recently launched its IPO last month at a higher-than-expected $14 per share). While a highly-contested industry, with no shortage of competing Cloud services, Dropbox, Box, and now WeTransfer are examples of what can happen when such services are executed properly.

Unlike its competitors, WeTransfer was built around this idea of creating a product that the founders' parents could use – so, something simple enough for the not-so-tech-savvy to be able to use on a daily basis. Their Cloud service solution accomplishes this by removing the need for logins or even registration, no data captures, and no banner advertising. All of this equates to a very simple user interface – something that can't be said of something like Dropbox, which can sometimes be a bit confusing. With this financing, the company hopes to get a large chunk of the U.S. market to use its services.