For you Dyson enthusiasts out there, the next time you vacuum your carpet or release your 360 Eye Robot, the founder of these machines is taking on the electric car industry. 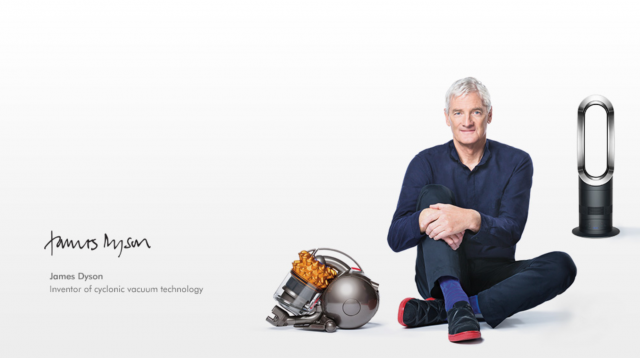 In an interview with The Street in 2016, Dyson CEO Max Conze indicated that they were continuing to work on developing stronger batteries, “Some of the technologies we are working on, such as solid state [batteries], are a leap from today, and like all transformational technology it's all very challenging work — if it were easy, somebody would have done it already. [Better batteries are] probably one of the most meaningful 21st century technology breakthroughs the world needs,”

But at the time we didn't know he was possibly hinting at a car battery.

In his address, Dyson wasn't shy about sustainability and his mission for clean energy and air. He believes it's the company's duty to provide solutions to this global problem.

“Major auto companies have duped clean air regulations. As a result, developed and developing cities are full of smog-belching cars, lorries and busses. It is a problem that others are ignoring. In London, nearly 9,500 people die early each year due to a long-term exposure to air pollution according to a study carried out by King's College London. It is our obligation to offer a solution to the world's largest single environmental risk.”

James Dyson just announced to @Dyson employees that we’ve begun work on a battery electric vehicle, due to launch in 2020. pic.twitter.com/yUZNvIsYIi

Dyson also indicated they have already hired over 400 employees, including engineers and talent from the automotive industry to figure this out, and is committing two billion pounds to this endeavor.

I can only hope that their concept car will have a vacuum system inside to clean up all the Goldfish crackers and dog hair my family will leave behind. That wouldn't suck.

Read more about advancement in transportation at TechCo