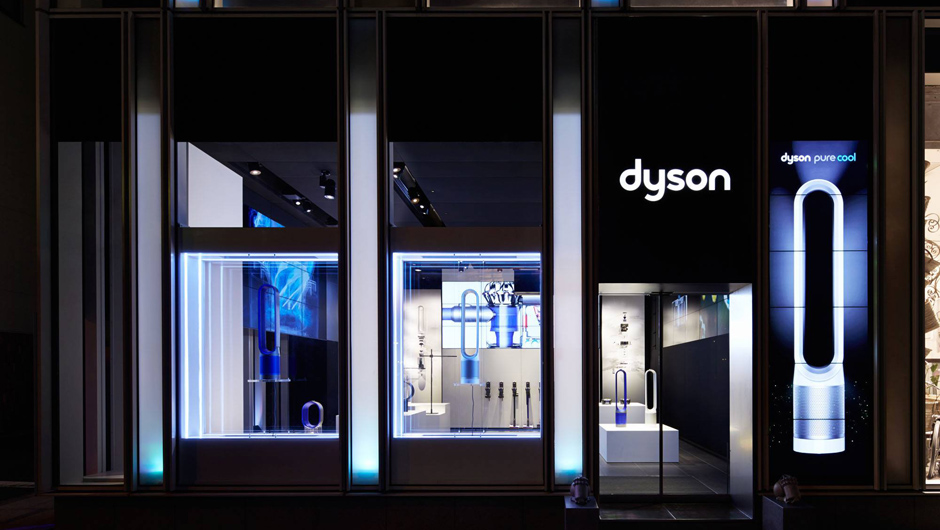 Popular opinion would say that San Diego doesn't have any seasonal change. I disagree entirely, albeit our seasons are different than most of the continental US. In fact, I like to joke around and say that we have four seasons: spring, fall, summer, and second summer.

Each year, from June to the beginning of August, we have our summer. However, once you get about a third of the way into August, second summer kicks into full gear and it doesn't let up until the end of October.

This second summer can be convenient, but it's also unbearable sometimes because of the high temperatures. The oppressive heat is compounded by the fact that most homes and apartments in San Diego don't have air conditioning. After all, why would you need it when the average temperature is 70 degrees year round? Not to mention, second summer is only about two months long, give or take.

These two months can feel as long as a lifetime though: once the sun sets the meager breeze all but dies off until the next morning, and we're left with a stagnant soup of salty, humid air. To maintain your sanity, you have to have fans.

Right before second summer 2015 began, I was asked by Dyson – yes that Dyson – if I wanted to review their new fan: the Pure Cool purifier fan. Well, I knew the heat was a'coming and it also coincided perfectly with my timeline for a new column I've been wanting to roll out for Tech.Co. Specifically, I'll be scouring the globe for the coolest pieces of hardware, give them an intense testing, and provide honest reviews.

So, ladies and gentlemen, welcome to the first edition of Hard Hitting Hardware. Today, I'll be breaking down the Dyson Pure Cool purifier fan, and I think it's best we start with a general overview of the specs:

What's Inside the Box? 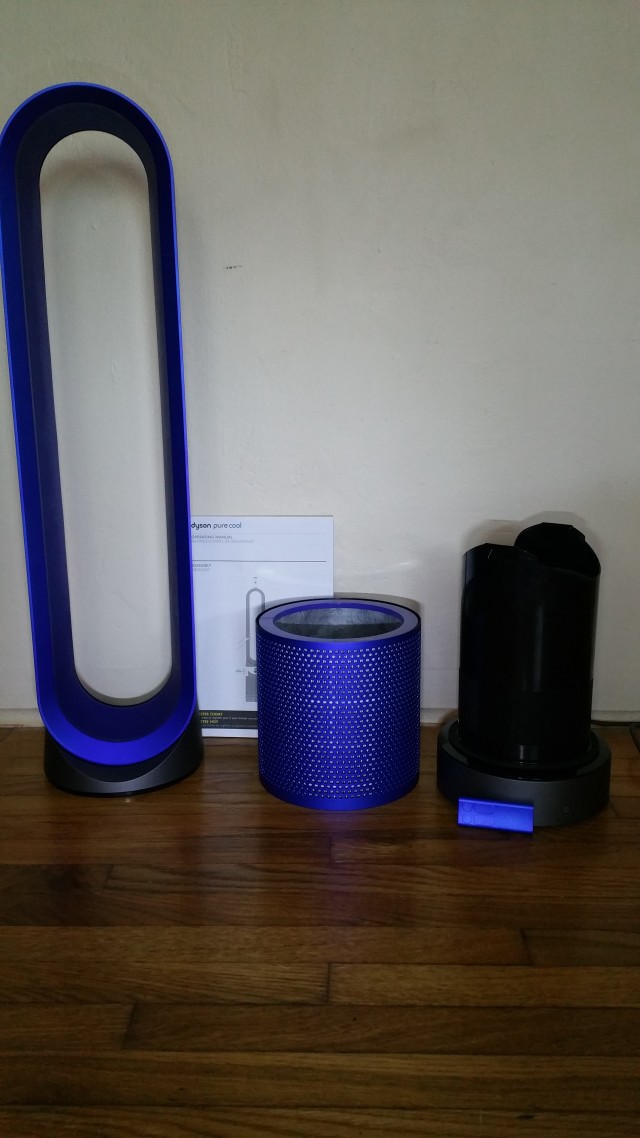 The Dyson Pure Cool fan is actually a hybrid fan and air purifier. That is, while it's providing solid airflow, it also removes 99.95 percent of potentially harmful, ultrafine particles like bacteria, pollen, allergens, pollutants, and odors. According to the Dyson team, microscopic particles suspended in the atmosphere cluster on the lining of the lungs when we breathe them in. To that end, the team built a very specific air filter for the Pure Flow.

For the most part, current air filters force particles relatively quickly through a mesh of fibers. That's problematic because certain particles might go untouched and escape back into the air. Dyson's Pure Cool has a high efficiency HEPA filter that uses a low face velocity to trap as many particles as possible. Further, they've constructed it out of 11.8 square feet of borosilicate microfibers, pleated 254 times. 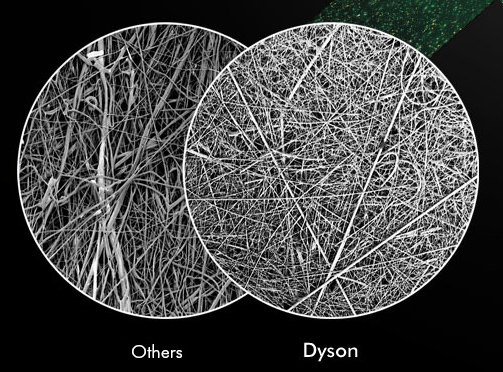 Physically speaking, it's constructed in a sealed, 360 degree cylinder to capture ultrafine particles coming through the filter from all angles. Dyson also included a layer of carbon granules to nullify odors and some potentially harmful toxins, like paint fumes. 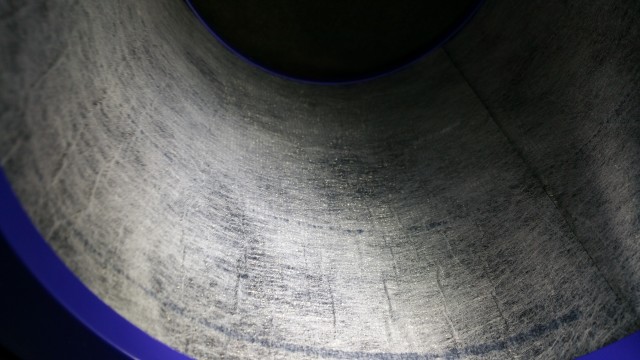 Built for convenience, the 360 degree coverage of the Pure Cool ensures it can be placed pretty much anywhere, which is one of its major benefits. The filter itself is incredibly easy to attach and takes seconds to change – I legitimately timed myself and clocked in at under 30 seconds. 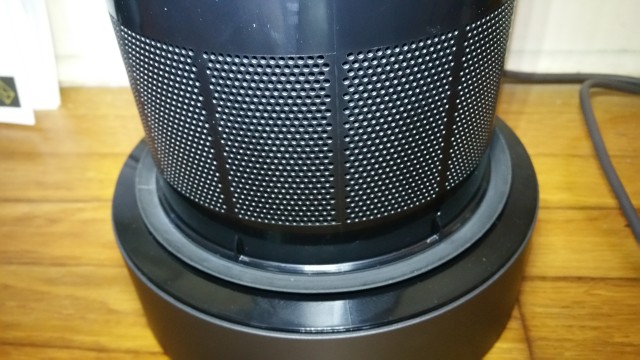 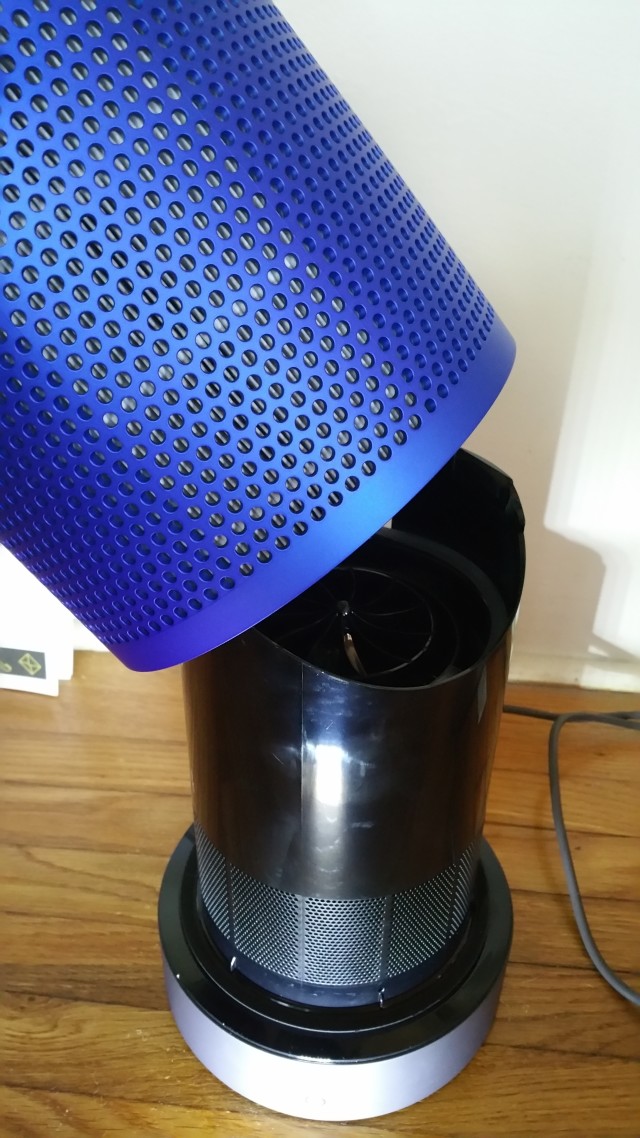 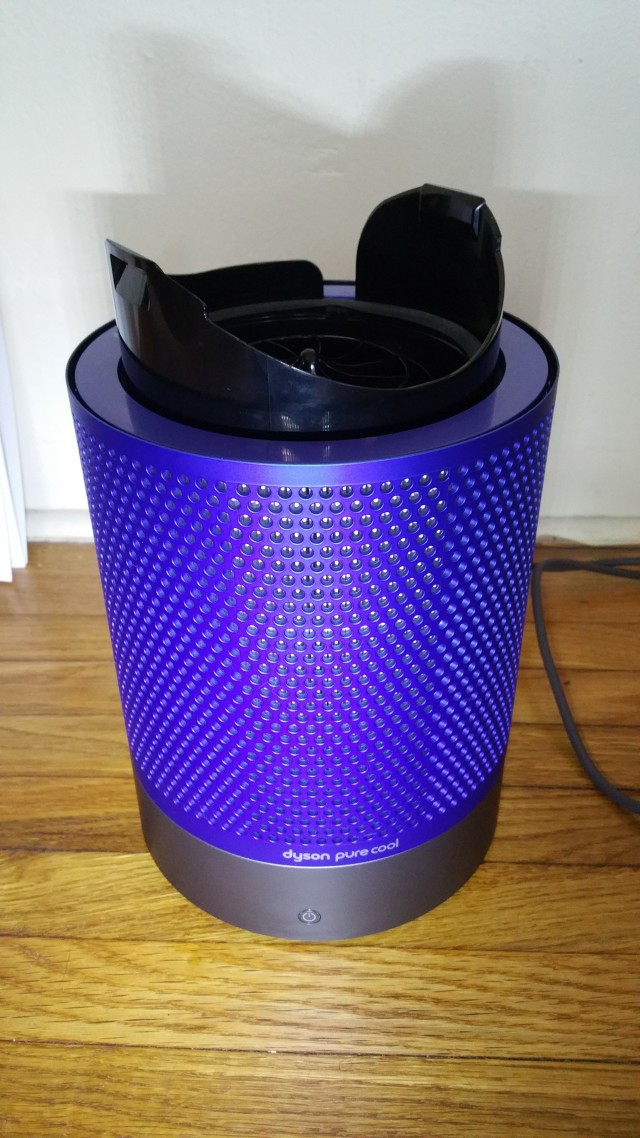 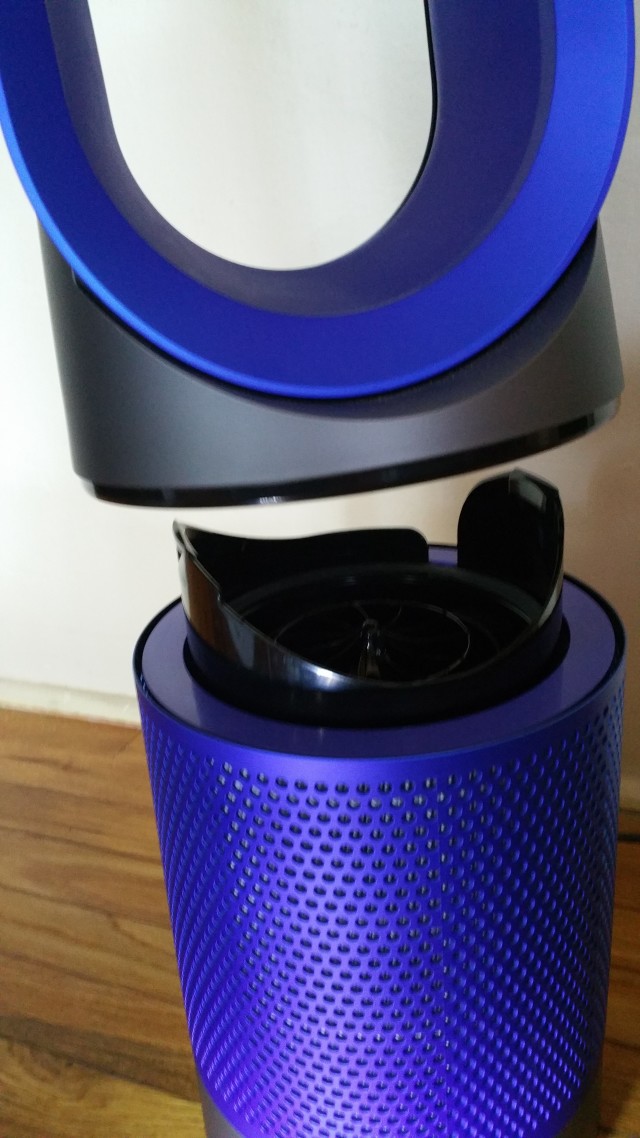 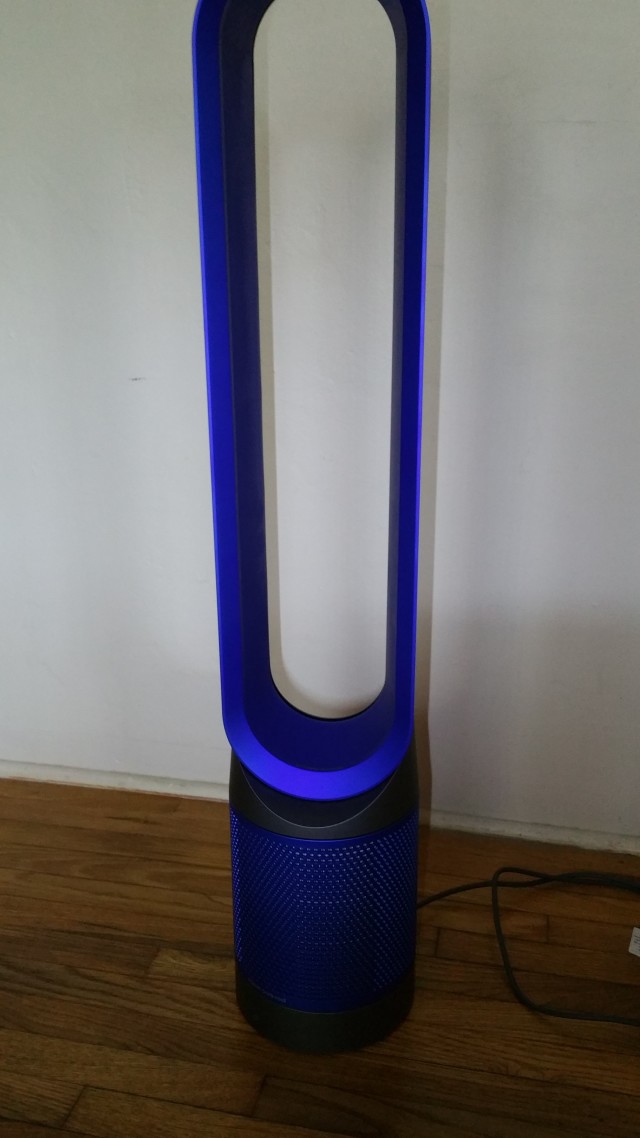 Boom. Done. From here all you have to do is plug it in and turn it on.

The reason I bring up the weather in San Diego is because I wanted to help paint the context that this fan was used in: I ran it through a murderous gauntlet of continual usage. There was a stretch of time where I didn't turn it off for twelve days in a row, and it was hitting everything from level one (lowest) to ten (max) on the speed setting. It never overheated, it never inadvertently shut off, and it didn't mess with the ancient, crumbling wiring in my house (read: it's not taxing on electricity).

From a perspective of portability, I needed a fan that was easy to move around. My house gets both morning and afternoon light, albeit on opposing sides of the property. During the day I need the fan on one side, and at night it has to be on the other side of the house (positioning your fans perfectly, by the way, is an art form). It's kind of astounding how light the Pure Cool is, but more so how little space it takes up.

Now, admittedly, I was skeptical of the whole odor elimination thing from the moment I read about it. I live by the beach, and on warm, humid nights it can smell kind of fishy outside (small price to pay). It's not a pleasant scent, but I thought it would be the perfect time to see if the Pure Cool could do anything about it. Low and behold, when I cranked it on 10 and stuck it outside my door, the air being spat out didn't smell fishy at all.

In truth I only have one negative about the fan, and it's that sometimes I needed a bit more juice out of it on particularly hot nights. I couldn't silence that nagging voice in the back of my mind: if the Dyson Pure Cool had maybe two or three more power intervals, it would have been too perfect. Regardless, the name of the game here is convenience and air filtration first, and you get the peace of mind knowing that it's powered by one of those epic, Dyson motors. 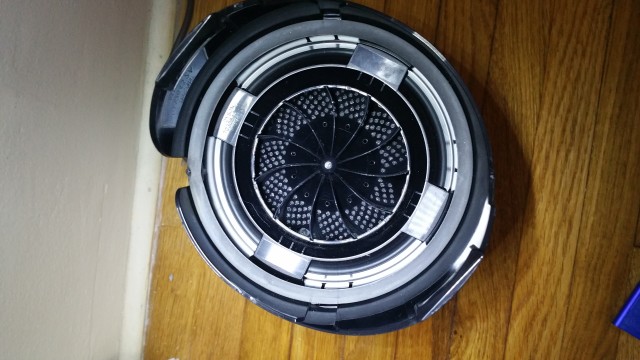 At the end of it all though, hands down, my favorite part about Dyson's Pure Cool purifier fan is the remote control. Not only can you control the power on/off, oscillation, and power of the fan, you can also tap into the native sleep timer functionality built into the hardware. I also think it's the little things that count, those details that reek of a uniquely beautiful touch. Case in point, the remote control is magnetized so it sticks to the top of the fan tower, and it's contoured to sit 100 percent flush with the curve of the fan. For lack of a better phrase, it's just sexy. 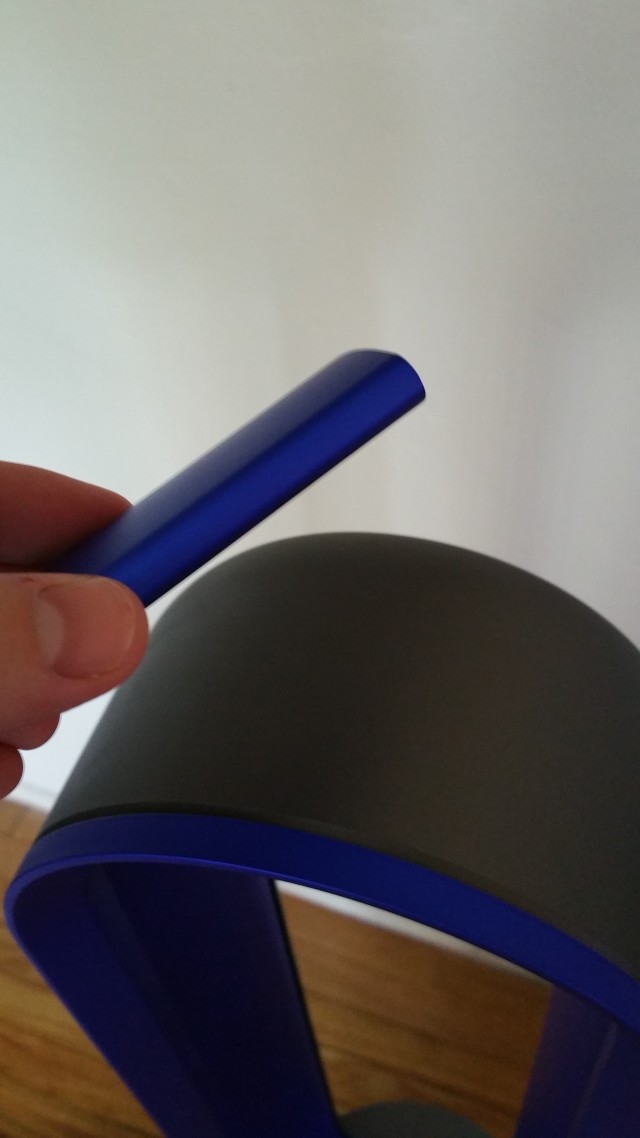 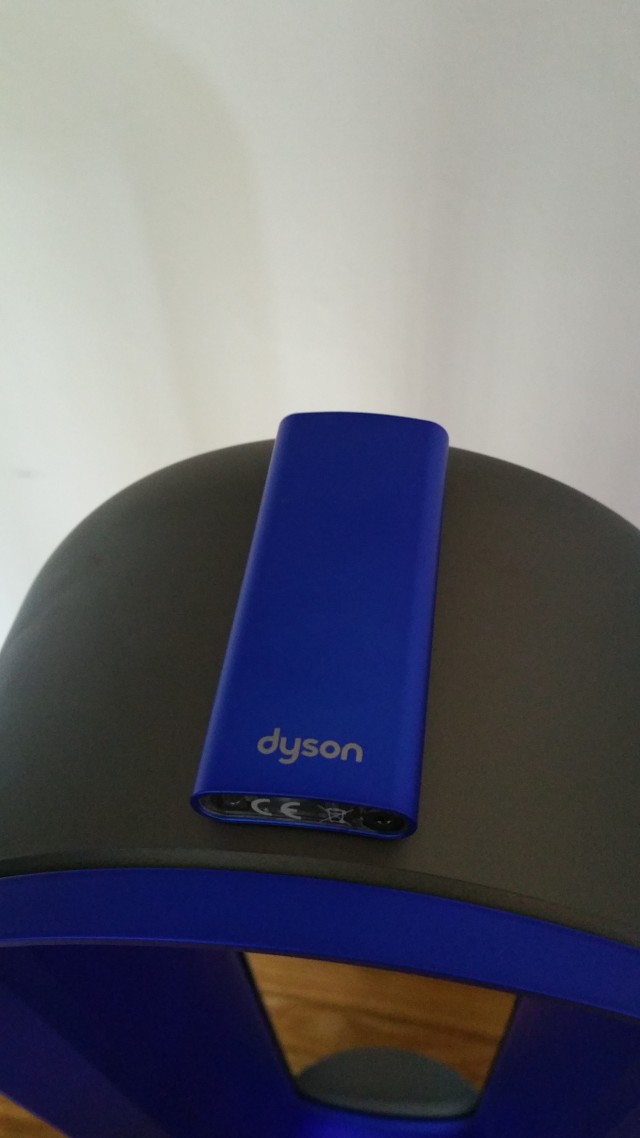 This post is part of a column I write for Tech.Co called Hard Hitting Hardware, because one of my favorite parts of the tech world is hardware. I want to use this as a way to help all of you find quirky, cool, jaw dropping, and fun hardware that's off the beaten path, but right up your alley. Stay tuned for more hardware reviews on the horizon. All images in this post are user-taken and owned by Tech.Co and the author unless cited or specified otherwise.